For starters, the story revolves around a hot and dynamic DOP – (Kiara) Alia – who is doing exceptionally well in her career but, sadly, fails to manage things in her personal space, especially romantic relationships. In her quest to get stability in life, she meets Jehangir Khan (Shah Rukh) who is an unconventional psychiatrist and knows how to deal with human emotions. 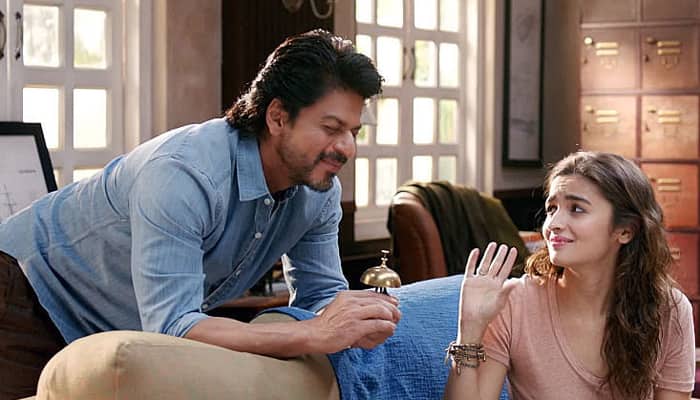 New Delhi: Did you guys ever try to decode why the youth is facing relationship problems and why youngsters have become more prone to breakups than before? If not, then Shah Rukh Khan and Alia Bhatt starrer 'Dear Zindagi' should definitely be on your watch list. You must watch the film in order to understand the dilemma India's young brigade is facing nowadays. It will not only help you understand modern society better but also inspire you to approach life in a much sorted way.

For starters, the story revolves around a hot and dynamic DOP – Kiara (Alia) – who is doing exceptionally well in her career but, sadly, fails to manage things in her personal space, especially romantic relationships. In her quest to get stability in life, she meets Jehangir Khan (Shah Rukh) who is an unconventional psychiatrist and knows how to deal with human emotions.

Their conversations are pretty realistic. Most of the times, you will see your glimpse in the Alia's character. Coming to her rescue, Shah Rukh solves all her queries with ease. 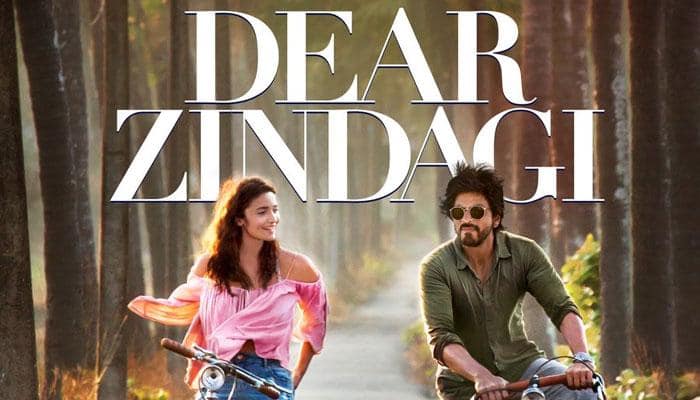 In terms of acting, Alia has surpassed all her previous performances including 'Highway' and 'Udta Punjab'. No, we are not kidding. Her choice of roles and approach towards acting make her one of the finest performers of Bollywood's new generation. It wouldn’t be wrong to say that she overshadowed SRK in some scenes. On the other hand, King Khan was charming as ever. Well, he is not there in the entire film and his on-screen character can be called an extended cameo. He does his job brilliantly, once again.

Pakistani actor Ali Zafar is very much there in the flick and his character is quite charming. By playing on his strength (music, huh), he will surely drive more viewers to the theatre. Kunal Kapoor and Angad Bedi also play significant roles in the film. However, Alia and Shah Rukh steal the show.

The person who needs to be lauded the most here is director Gauri Shinde. Her way of treating complex life issues in the simplest way possible is what makes 'Dear Zindagi' a treat to watch for the audience of all age groups. Be it the dialogues or characters, you will definitely relate to this movie in one way or another. She is one of the few filmmakers who has got the formula right. Also, she is not much enticed with the larger-than-life formula on-screen. And, it worked with perfection for 'Dear Zindagi'.

The music by Amit Trivedi is pretty decent and goes well with the storyline.

'Dear Zindagi' is a new age script that will do well with the youth. By moving ahead of romantic relationships, the movie also teaches important life lessons on how to deal with your family and how to bury the baggage of past. The flick is more like a therapy that the modern generation needs today in order to live a stress-free life. It is hard to comment whether it will work wonders in the single screen and rural areas but, if you need some freshness and a break from Bollywood clichés, then straightaway head to a theatre closest to you to grab a slice of 'Dear Zindagi'.

Hrithik Roshan has a Malayalam connection! Know what it is