Actor Sushant Singh Rajput, who plays the title role in upcoming film ‘Detective Byomkesh Bakshy!’, says he didn`t watch any detective series to prepare himself for the character. 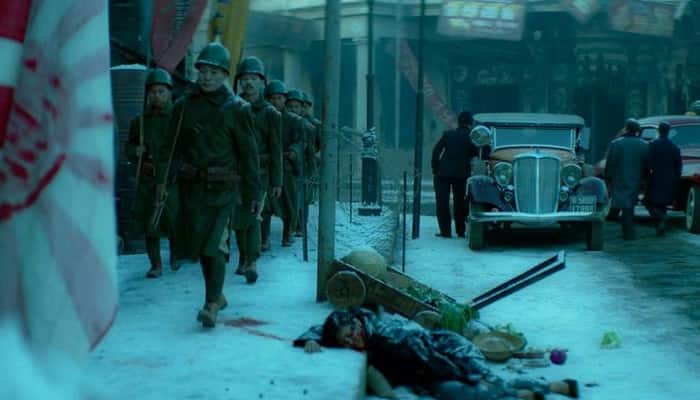 Mumbai: Actor Sushant Singh Rajput, who plays the title role in upcoming film ‘Detective Byomkesh Bakshy!’, says he didn`t watch any detective series to prepare himself for the character.

The film, based on detective Byomkesh Bakshi created by Bengali writer Sharadindu Bandyopadhyay, is directed by Dibakar Banerjee.

"Dibakar (Dibakar Banerjee) very categorically told me not to watch any films or TV series that have been already made on Byomkesh Bakshi. Whatever I had was the script....whatever inputs Dibakar gave to me, I worked on that," Sushant said at the film`s trailer launch here Wednesday.

However, once they completed the movie, both Sushant and Dibakar sat down together and saw all the content that had been done on the character in the past.

"We thought whenever we appreciate something, we subconsciously GET affected by that and unknowingly we start aping it. I think that was the reason why he told me not to watch anything," added the ‘Kai Po Che!’ actor.

Sushant says they are satisfied with the final cut of the film.

"Whatever we did was new. It was our own interpretation. And after completing the film, we both felt satisfied," he said.

The film is set in the 1940s and is scheduled for a worldwide release April 3. It marks the Bollywood debut of Bengali actress Swastika Mukherjee.