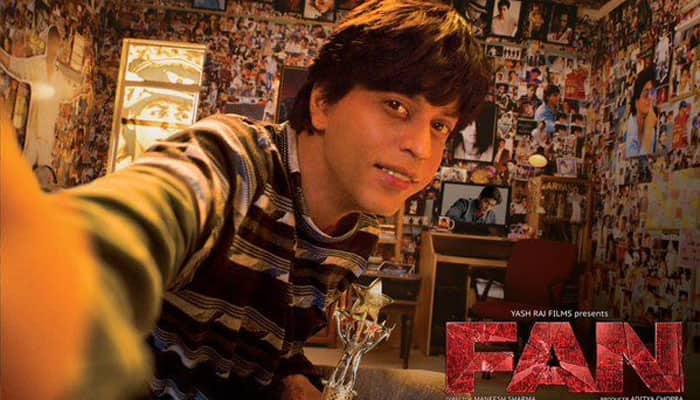 'Main Hun Toh Tu Hai, Main Nahi To Tu Bhi Nahi', these lines would have sounded like any other filler but when we have a 'fan' uttering this to his favourite superstar—it does leave an indelible impact.

Welcome to the world of Gaurav Chandna aka the greatest, maddest and perhaps the scariest self-proclaimed 'FAN' of superstar Aryan Khanna (Shah Rukh Khan). He looks like him, minus the big nose; he acts like him but has a thick accent, and most of all hails from the same city—saddi Dilli.

This dilli ka launda might look like a copy of Aryan Khanna but certainly with a frenzied mind, which takes him straight to the city of dreams—Mumbai (needless to mention, why). He stands amidst the ocean of fans waving at SRK, outside his mansion—but none carry the emotions in their eyes which endow Gaurav with an unthinkable courage.

He isn't scared of anybody; all he wants to do is perhaps meet Aryan (senior, as he calls him) and hug him tight! You might find him innocently in love with the superstar, but rather he is insanely crazy about him—so much so, that it makes him edgy and dark.

Director Maneesh Sharma might be known for 'Band Baaja Baarat', but now he shall be better known for helming 'FAN'. The background score of the movie successfully pulled off a thriller, by keeping the audiences hooked, booked and cooked—all at the same time!

I am not going to reveal how he finally meets superstar Khanna, as this thriller needs to be watched than read. You will be mighty impressed and floored by the thunderous and applause-worthy performance by Shah Rukh Khan, the actor. The critics are going to take a backseat and let Mr Khan rule like true-blue Bollywood badshah.

Model Waluscha D'souza plays the star wife, reminding us of the ever elegant and poised Gauri Khan. Sadly, there wasn't much for her in the script.

Thankfully, there is no song-dance sequence in FAN!  The movie encapsulates the fandom which SRK as a star enjoys and why his fans must watch this to understand how he achieved what he did.

The battle between a fan and his godly superstar is unusual and never-seen-before in Hindi films. Screenplay and dialogue by Habib Faisal need a special mention, and are going to stay with you for longer. Although, they could have easily cut-down on some chasing sequences between the two to make the run-time lesser.

All in all, even if you aren't SRK's 'Jabra' Fan, you are bound to become one after watching his bestest performance till date. To make it sound a little filmy, I will end by saying, 'Rehne De Tu Nahi Samjhega'!