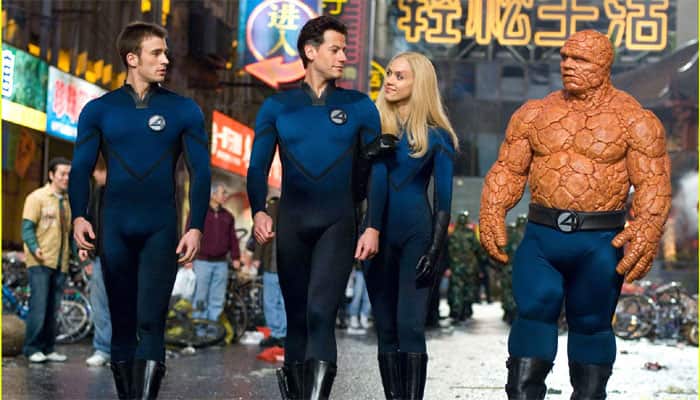 "Fantastic Four" is a science fiction film with the premise of superheroes saving Earth from getting destroyed.

Distributed by 20th Century Fox and stylised as 'Fant4stic', this is the third film and a reboot of the "Fantastic Four" film franchise, based on the Marvel Comics superhero team of the same name.

The narration begins in 2007 Oster Bay, New York. On Career Day, a young Reed Richards is introduced as a nerd who tells his teacher that he plans to build a "Bio Matter Shuttle", a sort of a teleporter machine to transport matter inter-dimensionally. He is scoffed at as insane.

Later, Reed befriends his classmate Ben Grimm whose family owns a garage. With Ben as his confidante, Reed conducts his experiments, surreptitiously.

Professor Franklin is the head of Baxter Institute, a government funded research foundation for science prodigies. He willingly admits Reed on a scholarship to Baxter Institute. Two of his students; Victor von Doom (Toby Kebbell) and Sue were working on a similar prototype teleporter. They, like Reed, were capable of sending and recording the transfer but Reed with his research could retrieve the matter.

At the institute, the three students along with Johnny Storm, the professor's reckless teenage son, get down to making the actual teleporter. And when they complete the project, without Sue's knowledge, the other three along with Ben sneak into the machine and get transported to the alternate Universe Planet Zero.

It is after an accident on Planet Zero where team leader Victor is left behind and a hurriedly violent return journey back, that they realise that they along with Sue have, inexplicably, gained superhuman powers.

Reed can stretch and flex his limbs and torso to unimaginable proportions. Ben is turned into a powerful man with a hide of stone. Johnny can manipulate fire, Sue is shielded by a protective bubble and can become invisible at will. These four are now forced to fight a force who would soon destroy Earth.

Though this is a tale of four superheroes, the film belongs to Miles Teller. Much of the narration revolves around him as he is the unassuming, low-key front-runner. He shares a cordial relationship with his colleagues and best friend. The rest of the characters are all perfunctory.

The story, written by Jeremy Slater, Josh Trank and T.S. Nowlin is uninspiring, lethargic and full of plot-holes. The script lacks punch and depth in character motivation. This is randomly exposed in dialogues like, "I don't want to become famous, I just want my work to make a difference" or "The failure of my generation is the opportunity for yours", and "We are about to make history".

Also, the narration initially moves at a languid pace. The first hour of the 106-minute narration delves into creating the foundation of the teleportation device with experiments et al and then hurriedly in an inconsistent manner, wraps up in the last act with brilliantly manoeuvred computer generated images and effects.

These visuals along with the effects are dazzling, but common place in sci-fi films noted in the Marvel Universe. And the 3D effects do not help to raise the viewing experience either.

Overall, this one's not an exciting superhero adventure film, but will appeal to Miles Teller fans.