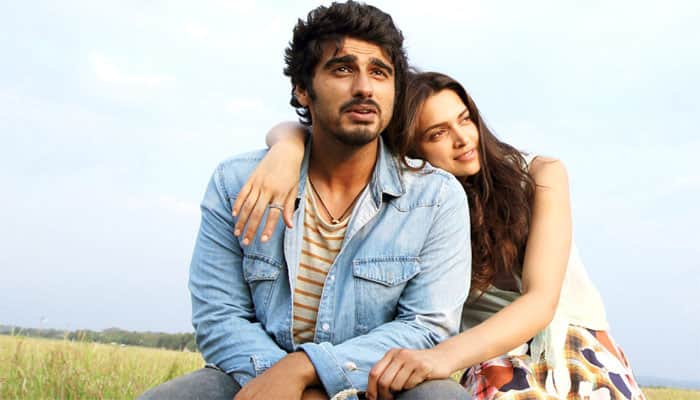 Homi Adajania’s uncanny ability to weave a narrative in a manner that forces your psyche to look for joy, even as it leaves your mind to ponder over the finer nuances of life, has resulted in the film called ‘Finding Fanny’.

How often have you thought of extending a helping hand to someone who is in need? Angelina aka Angie (Deepika Padukone) quietly makes you question the same, by helping an old man who is desperately in search of his ladylove.

Angie belongs to a self-content village named Pokolim and stays with her mother-in-law Rosalina, an appearance conscious woman. Angie was married to Gabo (Ranveer Singh) six years ago but turned into a widow soon after her overjoyed husband choked himself to death by gobbling dolls made of plastic put on the wedding cake. 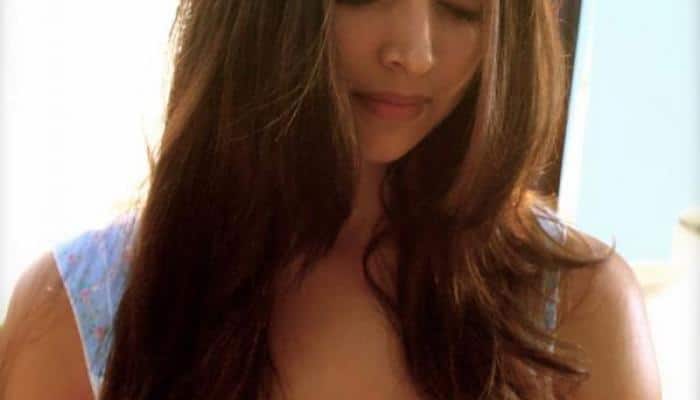 The two widows - one pretty young and the other relatively old spend their lives together and are quite happy with what they have been given by life.

Angie’s friend Ferdie (Naseeruddin Shah) an old postman of the village remained unmarried all his life because he is still in love with his ladylove - Stefanie Fernandez aka Fanny Fernandez.

One night, he finds a letter he had written to Fanny 46 years ago. And that is when he realises the letter never reached her. He is shattered and inconsolable. The next morning, he shares his sorrow with Angie, who asks him why he never proposed to her in person. To which, Ferdie says that he feared she may have rejected him.

To help Ferdie find his love, Angie decides to “find Fanny”. But the lady doesn’t have a vehicle!

Here’s comes Savio (Arjun Kapoor) a mechanic and an old friend of Angie, who succeeds in bringing Don Pedro’s (Pankaj Kapoor) dilapidated car back into use. Pedro is a painter of his own class, who has a fetish for voluptuous women. And he finds Rosalina (Rosie) as his latest muse!

Each of the five crazy people have a purpose behind the road trip- Ferdie wants to find Fanny, Angie wants to help Ferdie find Fanny, Savio wants to spend some time with his love - Angie, Pedro wants to express his fantasy for Rosie on canvas, and Rosie silently seeks companionship.

The bizarre road trip begins with five crazy people on board the “vintage” car. Will they succeed in finding Fanny?

Adajania has succeeded in striking an emotional chord at all levels. He beautifully treats the scene between Angie, who earnestly wants to be touched by the man, who she loves. He also handles the relationship between Rosie and Ferdie very sensitively. Rosie often behaves rudely with Ferdie because he knows a secret that no one else knows besides her.

The road trip is not just about finding Fanny but discovering relationships, witnessing a change in the equation between people with the passage of time and lots more.

The actors will leave you speechless. Each of them puts up a performance to be remembered and cherished. The veteran trio are a class apart and the youngsters are gearing up to match their caliber.

The cinematography by Anil Mehta is simple and neat but at the same time elevates the mood by meandering through the country side of Goa. The run time of the film is an advantage. Sreekar Prasad, the editor too succeeds in keeping the curiosity intact by not dragging scenes unnecessarily, thereby giving us a short, crisp and sweet piece of art on celluloid.

The song ‘Fanny Re’ plays in the background and adds the tad bit more of magic to trigger the fun element.

‘Finding Fanny’ is fun-filled because it’s all about looking for what you need, what you want. It helps you find humour even in grief. But in the end, it’s all about finding love.

Wonder why? Grab your ticket to know why and see if you too can join the crazy five in their mission to ‘Find Fanny’.

I was worried girls would hate me after 'Mardaani': Tahir Raj Bhasin