Have taken a big commercial leap with 'Gabbar Is Back': Krish

Filmmaker Krish is known for his humanistic Telugu films such as ‘Gamyam’ and ‘Vedam’. Now, with his forthcoming Hindi directorial debut ‘Gabbar Is Back’, he says he has taken a commercial leap. 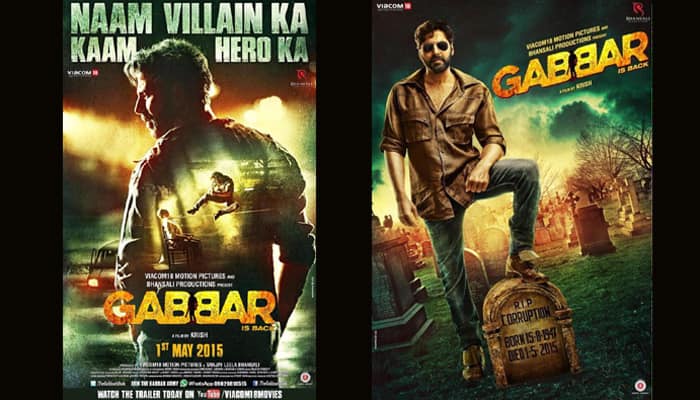 Chennai: Filmmaker Krish is known for his humanistic Telugu films such as ‘Gamyam’ and ‘Vedam’. Now, with his forthcoming Hindi directorial debut ‘Gabbar Is Back’, he says he has taken a commercial leap.

‘Gabbar Is Back’ is the Hindi remake of Tamil blockbuster ‘Ramana’, which was written and directed by A.R. Murugadoss over a decade ago.

"You could say I've gone commercial all guns blazing in 'Gabbar...'. It was mainly done because of the story, which is about a man who takes corruption heads on. All my films so far have had commercial elements, but this time I've upped the ante," Krish said.

The film, he says, will be the 'baap' (father) of all the previous remake versions put together. It has already been remade in Telugu, Kannada and Bengali.

The film's title has already created quite a buzz. Krish says it was chosen for a reason and not merely to cash in on the popularity of the original character.

"It was chosen to justify the actions of the lead character. Akshay plays a vigilante against corruption. In the movie, his actions maybe right, but the path he chooses isn't," said Krish and added: "You need good branding to sell any product. Here, Akshay raises his voice against corruption, and he achieves that through the brand name called Gabbar."

"In the movie, there's a scene where Akshay is writing an anonymous letter to the police and at the same time 'Sholay' is playing on the television. He overhears a dialogue and feels that in order to install fear into corrupt men, Gabbar is the most suitable name," he said.

A few years ago, Krish was approached to remake his film "Gamyam" in Hindi. It was during this interim that he was offered the opportunity by Bhansali to remake ‘Ramana’.

"The best part of the film is that its story, which is about corruption, is relevant even today. We've retained the soul of the original and have made minor changes to suit Bollywood audiences," he said.

"The remake will add a fresh perspective to the story, which was originally written a decade ago. So much has changed in the last decade and we had to incorporate the changes in the story. Murugadoss's story was a drama-cum-thriller and it had a very minor role for the heroine. Here, we've given Shruti Haasan ample scope to perform," he added.

Krish thanked his dialogue and screenplay writer Rajat Arora for making the film "even more exciting and commercial than the original".

On working with Akshay, the biggest star Krish has teamed up with in his career, he said: "There was absolutely no pressure while working with Akshay. It was mostly exciting. We shot for over 100 days, and he worked with the enthusiasm of a newcomer every single day. He has launched several directors in Bollywood, and I'm glad to be one of them."

Krish spent the last two and half years shuttling a lot between Mumbai and Hyderabad. His heart lies in both the industries.

"Although I'm currently working on a Telugu film called 'Kanche', I'd love to do more films in Bollywood," he said.

He added that the film with Mahesh Babu and Sonakshi Sinha he had announced a few years ago, is yet to materialise.

Tags:
Akshay KumarKrishGabbar Is Back
Next
Story