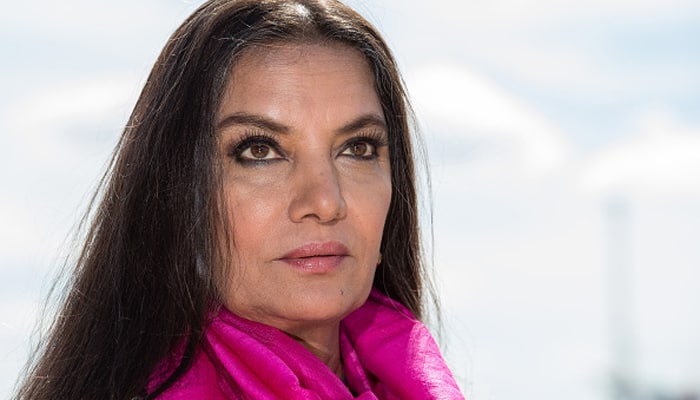 Shabana expressed her views on Twitter on Sunday, accusing him of "buying" patriotism.

Filmmaker Karan Johar received a major breather when the Maharashtra Navnirman Sena (MNS) on Saturday allowed the release of 'Ae Dil Hai Mushkil' but with a condition.

All the producers who employed Pakistani artists, must pay Rs 5 crore each into the Indian Army's welfare fund as atonement. Distributors and cinema owners have also come forward in support of the film.

Fadnavis had convened a meeting on Saturday which was attended by MNS President Raj Thackeray, Karan and Film and Television Producers Guild of India's President Mukesh Bhatt, among others at his official residence, Varsha, to resolve the imbroglio.

'Ae Dil Hai Mushkil' has been in the news for featuring Pakistani actor Fawad Khan.

Thackeray said henceforth, all Pakistani artistes, including actors, singers and directors shall be permanently banned from Bollywood.

Shabana also posted: "Sangh Parivar speaks in different voices most blatant expression is CM Maharashtra brokering deal with MNS instead of enforcing law and order for ADHM release...MNS will decide whether I'm patriotic or not? I bow to the Indian Constitution Raj Thackeray does not. Who's patriotism needs questioning?"

The MNS also imposed certain conditions on the release of 'Ae Dil Hai Mushkil', including that the producers make a handsome contribution to the army welfare fund, and slides paying tribute to the brave Indian soldiers are shown before the start of the film in theatres -- to which both Bhatt and Karan readily agreed.