Thankful to Madhur for believing in me: 'Calendar Girls' actor

Model Vikram Sakhalkar, who plays a business tycoon in Madhur Bhandarkar's upcoming film "Calendar Girls", says that he is grateful to the director for giving him an opportunity to prove himself. 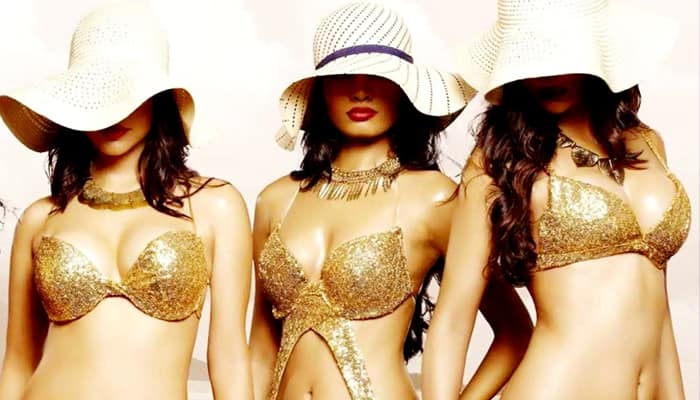 Mumbai: Model Vikram Sakhalkar, who plays a business tycoon in Madhur Bhandarkar's upcoming film "Calendar Girls", says that he is grateful to the director for giving him an opportunity to prove himself.

"I'm thankful to Madhur Bhandarkar for believing in me and giving me an opportunity to prove myself," Vikram told IANS here.

Vikram, who has done several commercials and print campaigns for many leading brands, always wanted to be an actor.

"I play a business tycoon in the movie. I took a leap of faith when I first walked on to the sets of the movie. As an outsider I had no clue of how films are made. Madhur made me feel very comfortable and in a short span of time I learnt a lot from him. He is brilliant when he is directing and gives a lot of freedom to his actors to perform," Vikram said.

"The energy and aura he creates on set is so positive. I had a great time. I am thankful that I got an opportunity to work with such an experienced director for my first film," he added.

Born in Mumbai, Vikram studied at Arya Vidya Mandir in Juhu and moved to the US.

Asked how he got into modelling, Vikram replied: "I came back and was trying to figure out what I was going to do, and then one of my friends asked me if I would model for his brand. That's when I decided to get into this field as it was always at the back of my mind that I wanted to one day be an actor."

"It took me seven years until I cracked a movie role," he added.

Although during this interval he groomed himself and did an acting course from Barry John acting Studio, he admits it's hard to live alone in Mumbai.

"Calendar Girls" traces the story of five models who rise to fame after featuring in a calendar but then fate plays a terrible game with them. Produced by Madhur Bhandarkar and Sangeeta Ahir, the film features newcomers Akanksha Puri, Avani Modi, Kyra Dutt and Ruhi Singh, among others.

It is slated to release on September 25.

Know which Khan is Athiya Shetty's favourite and no, it's not Salman!