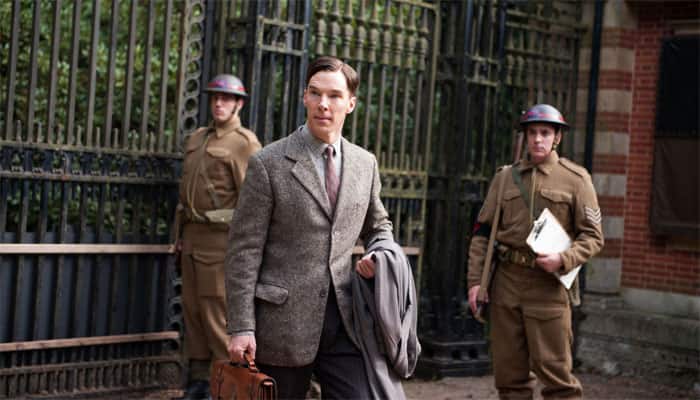 Based on a true story, "The Imitation Game" is a tribute to Alan Turing, a man who under nerve-racking pressure helped shorten World War II by nearly 2 years and in turn saved a million lives.

Treated as a mystery film where detective Robert Noch of Manchester Police is investigating a break-in at Prof Alan Turing's home, the non-linear narration reveals the life of the enigmatic British mathematician and cryptanalyst and his time with British Intelligence, MI6 outpost at Bletchley Park.

It is here that Alan's team helped crack the Nazis' unbreakable Enigma code with a machine he created, that would become a prototype for the modern day computer.

Like any other biopic, it shows that Alan's life was not a bed of roses. With an emotional jigsaw play of trust and betrayals, the script by Graham Moore is adapted from Andrew Hodges' 1983 biography, "Alan Turing: The Enigma."

The film is a watered down version of Turing's short life, but nevertheless the screenplay - taut, engaging and dramatic - has a plethora of poignant moments along with life lessons that propel the tale forward. It offers ample insight into the character of the mysterious Alan Turing.

With excellent production values, the story arc is as familiar as they come for the biopic genre. The first half of the film sets in the intrigue quotient, while the second half lingers on for a bit longer with some technicalities involved since Alan is developing an "Electrical brain, a digital computer." It's the final act with its sad and unjust revelation that feels a bit rushed.

The dialogues loaded with sarcasm and self-deprecation reflect the stiff upper lip British humour to the core and keep you hooked.

Director Morten Tyldum has delivered a finely textured film that is superbly crafted and tastefully projected with brilliant performances.

The film belongs to Benedict Cumberbatch and he portrays Alan Turing beautifully. He dwells into Alan's complex psyche to relay the right amount of cockiness and arrogance of the confident genius. He also manages to add that nervous twinge during conversations and oscillate from being a sensitive person to an adamant "monster." And finally, it is his transition to a helpless defeated human being at the end that is touching.

But it is the sensitive portrayal of Alex Lawther as the young Alan that contributes largely to what makes Cumberbatch's character convincing.

They are ably supported by a strong and impressive cast comprising of Keira Knightley, Mark Strong (II), Mathew Beard and Mathew Goode as his co-workers as also Joan Clarke, Stewart Menezies, Peter Hilton and Hugh Alexandre, who are ace cryptanalysts too.

Visually with gripping metaphors along with snapshots of WWII and a colour palette that's apt, the film captures the era and the fine nuances of artists to perfection.

Over all, "The Imitation Game" is a good introductory film for those who are not aware of Alan Turing and it is worth a watch.