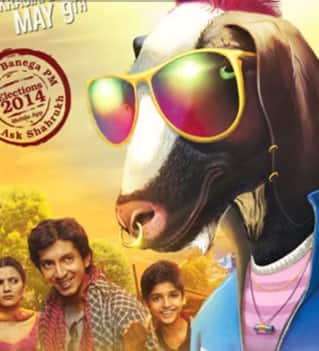 The music directors and producers of the movie have decided on a unique way to promote the music. The band Agnee, who composed for the film have posted on their Facebook page that they will start distributing the songs for free, with a single condition. The fans would have to like the song and take an action on each of the songs with meaningful messages.

`Yeh Hai Bakrapur` was highly appreciated in the Mumbai Film Festival and also was the official selection for Goteborg International Film Festival. It came under the radar with its controversial goat named after the superstar Shah Rukh Khan.

The song has been performed with the collaboration of Indie bands Agnee and Indian Ocean.