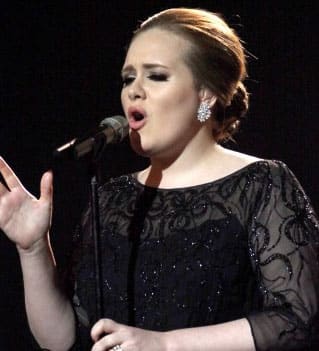 Los Angeles: Veteran British rocker Phil Collins said in comments aired Friday that he has started collaborating with compatriot Adele, reported to be working on a follow-up to her hit 2011 album `21`.

The former `Genesis` frontman, who effectively retired from music a few years ago, gave no more details of his cooperation with the multiple Grammy-winning British songstress.

"I`ve just started to work with Adele," he told a TV interviewer for Inside South Florida, adding: "She contacted me to write together."

Collins, 62, said he had not known much about 25-year-old London-born Adele, who had huge hits with songs including `Someone Like You` and `Rolling in the Deep`.

"I wasn`t actually too aware. I live in a cave," he joked. "But she`s achieved an incredible amount. I really love her voice. I love some of that stuff she`s done, too," he added.

Adele had a baby following the worldwide success of her second album, `21` released in February 2011. She won another Grammy last year for the 007 theme tune `Skyfall` and is working on a new album, according to Rolling Stone.

Some media reports have suggested it could be released in mid 2014.

Collins, the drummer-turned-frontman of Genesis who went on to sell more than 100 million albums as a solo artist, announced in March 2011 that he was calling it a day to concentrate on being a full-time father to two young sons.