Celebrated filmmaker Goutam Ghosh has appeared in front of the camera in another noted director Srijit Mukherjee's 'Chatuskone' for the second time in his cinematic career. 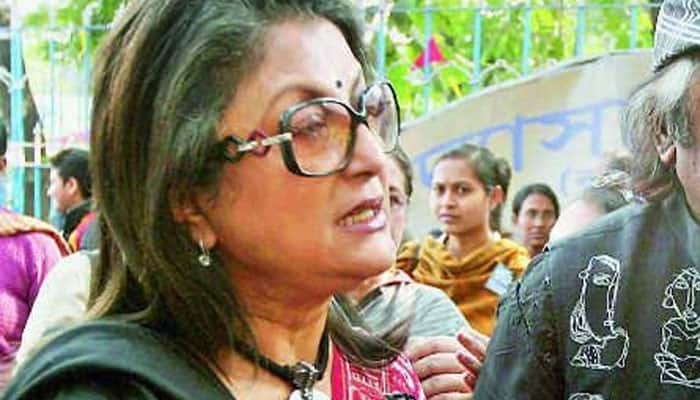 Kolkata: Celebrated filmmaker Goutam Ghosh has appeared in front of the camera in another noted director Srijit Mukherjee's 'Chatuskone' for the second time in his cinematic career.

Ghosh will be teaming up with actress-director Aparna Sen for the film. Ghosh said that it was not exactly easy for a director to act in a film of another director.​

"When I first posed before the camera in another director's work, there is that discomfort which slowly goes away as the shooting progresses. I have to alienate myself, which means that I can't comment on the shots," Ghosh told. The director's first acting assignment was also in a Srijit's film 'Baishe Shraban'.

"Rina (Aparna) and I am the two angles and we are part of the same film after years, after Mr and Mrs Iyer. In Mr and Mrs Iyer I was the cinematographer and I had to follow what Rina said. So the alienation process was there in one way," he said.

Director Srijit said he had thought of casting the four director - Ghosh, Rituparno Ghosh, Aparna and Kaushik Ganguly- together.
"Unfortunately, Kaushikda couldn't give dates and Rituda left us for good," Srijit, whose portrayal of characters with suicidal streak in his dark, brooding 'Hemlock Society' had garnered many praises, said.

Describing Aparna and Goutam as 'dui kon' (two angles) of Chatuskone, Srijit said, "I had coaxed them, cajoled them at least 20 times before they concurred. I had worked as assistant director in Rinadi's 'Iti Mrinalini'. We share a special bond. So once we got Rinadi on board, she completely followed me."

While Ghosh helped a lot with his inputs about light and shades of shots, Aparna had interesting suggestions about art direction and dialogue delivery.
'Chatuskone', a thriller, also starred Payel Sarkar, Barun Chanda, Neel Mukhopadhyay and Biswajit Chakroborty among others.