Sussanne is, will always be love of my life: Hrithik Roshan 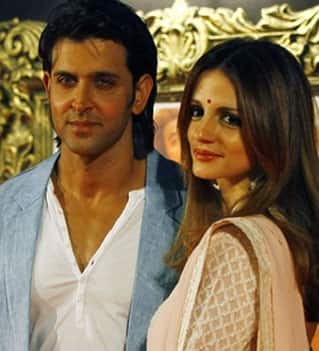 Mumbai: Bollywood hearthrob Hrithik Roshan, who has announced his wife Sussanne`s decision to split from him after 13 years of marriage, says she will forever remain the "love of my life".

"This is my greatest tribute to love. Sussanne is and always will be the love of my life for the rest of my life," Hrithik posted on his Facebook page early Saturday morning.

"If her smiles are brighter without me, my love for her must accomplish that. Unconditional," added the 39-year-old.

Rumours of a rift between the couple, who dated four years before tying the knot Dec 20, 2000, had been doing the rounds for a few months. Hrithik put the speculation to an end Friday via an official statement.

“Sussanne has decided to separate from me and end our 17-year relationship. This is a very trying time for the entire family and I request the media and the people to grant us our privacy at this time,” he said.

Sussanne, an interior designer and daughter of veteran actor Sanjay Khan, has called the split a matter of "individual choices".

The couple has two sons - Hrehaan, seven and Hridhaan, five.