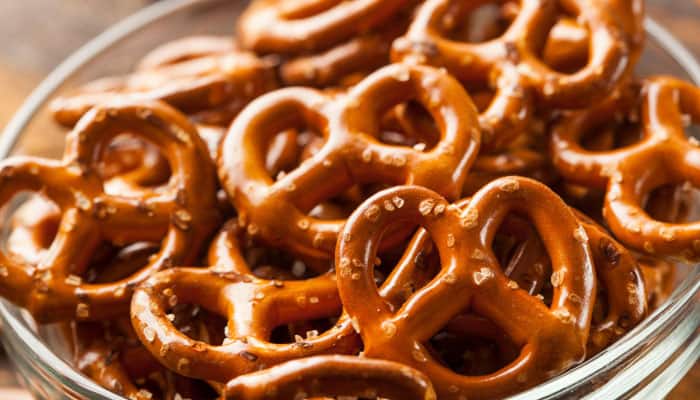 Rishabh Shah takes you on an all-veg, street-food tour to Germany, Austria, Czech Republic and Hungary.

Shaped like a knot or half woven basket, pretzel or brezel as they are called in Germany, is a type of looped bread (the system is called pretzel loop). The a popular street snack, also available in most bakeries. They are usually sprinkled with salt, but each vendor has his own choice of seasoning: seeds, sugar, nuts... They are eaten plain, sliced and buttered, or with slices of cheese. Although they are more typical of Germany and Austria, you’ll also find them in the bigger cities of Czech Republic like Prague, where it’s called preclík.

Called fried bread or Hungarian Pizza by the locals, Langos seems like a combination of two of my favourite dishes: the bhatura because the bread is fried and a pizza because although it is generally sprinkled with salt and garlic, it also takes toppings of lettuce, tomatoes, onions, olives, jalapenos and cheese. It’s a bit oily, but like all such foods, it is incredibly delicious. The Vásárcsarnok or Central Market Hall and Akácfa utca serve the best Lángos in Budapest. Don`t let the calories scare you, just enjoy the little pleasureful vice of your taste buds! 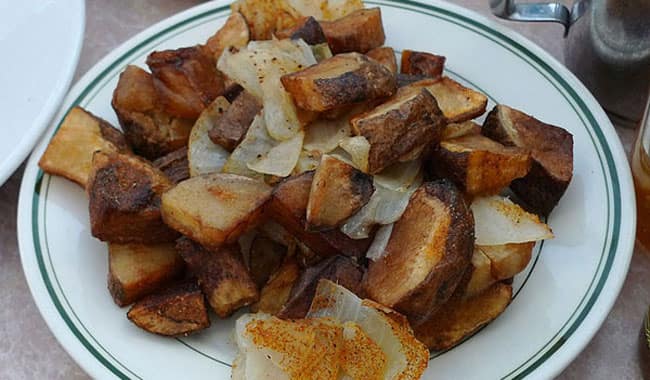 French fries or pommes frittes are sold almost everywhere with currywust, a non-vegetarian dish. But on request, vendors serve them separately too. Mashed (Kartoffelpüree) and pan-roasted (Bratkartoffeln) potatoes are another street delicacy you can rely on; all three are served on paper plates, usually with a tissue below to soak the oil, but fries are sometimes sold in pouches similar to Mc Donalds’. 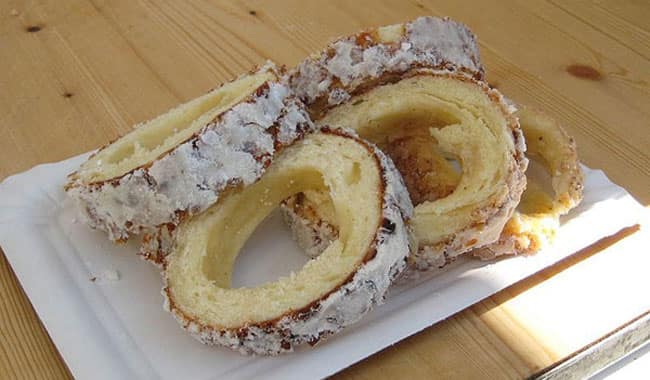 Cylindrical in shape, Trdelnik, which is prepared by wrapping dough over a stick and roasting it over a flame, will probably remind you of croissant because of the golden brown colour it takes. You can have it with cinnamon, sugar and nuts. Our hostel receptionist in Prague tells me that it is considered a traditional Hungarian cake, with origin in Székely Land–Transylvania and has recently gained popularity in Czech Republic and Slovakia, where it`s been accepted it as their own. 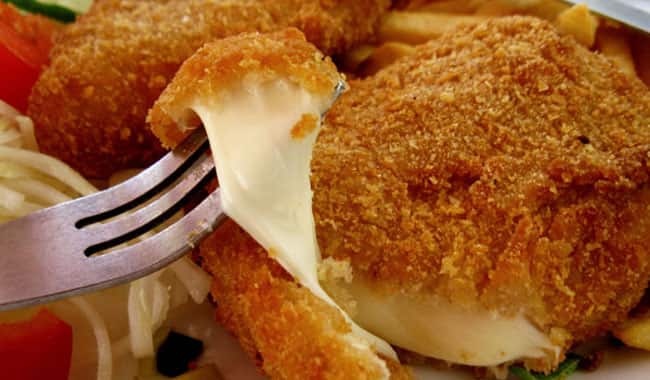 Can you pronounce it? I surely can`t. Not even to save my life. But I can eat it all day long. With cheese dipped in flour and breadcrumbs, fried and then topped with some seasoning, it`s the Czech version of our cheese pakoda. I tried the version without egg, but I`m told that it tastes better with egg. It is usually served with a side salad and fries and with either ketchup or mayonaisse. 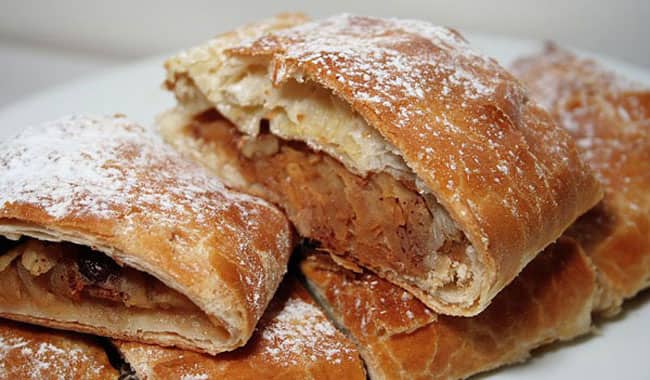 This is the odd man out on the list, as Strudel is not a street food. But the sheer number of places (independent bakeries, cafés and restaurants) it's available in, makes one want to add it to the street-food list. A layered pastry, with sweet filling, makes Strudel the German equivalent of sweet puff. While you get it in several flavours–apricot, cherry and plum–my favourite version (and I’m told it’s the best) is Apfelstrudel (German for apple strudel), served warm with a layer of powdered sugar on top. The smell of baked apples and cinnamon is enough to make your mouth water and allure you from afar. I like Vienna's sweeter version better, but it's available in various other forms in different parts of Eastern Europe.

The author is a freelance writer

5 things you must try in Belguim