Demonetisation: Goa Tourism industry gets back to business

A large chunk of tourists who had arrived on Goa's beaches for the Diwali vacation had to wind up their trip as they suffered from fear of going cashless due to withdrawal of the high denomination currency. 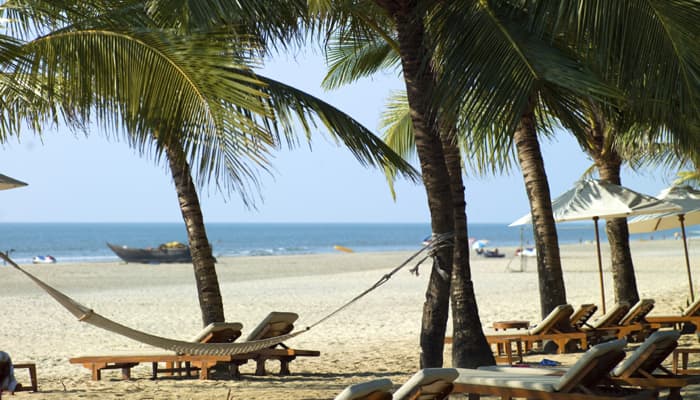 Panaji: Tourism industry in Goa Thursday began limping back to normalcy after day-long panic and knee-jerk reaction of travellers, who began abandoning the coastal destination, hours after Centre's announcement to demonetise Rs 500 and Rs 1000 notes.

A large chunk of tourists who had arrived on Goa's beaches for the Diwali vacation had to wind up their trip as they suffered from fear of going cashless due to withdrawal of the high denomination currency.

"Those who had booked room for seven days had to cut short their visit. People were left cashless as ATMs went dry. Neither the whole tourism establishment has card swiping facility nor all the tourists carry credit card or trust others with their ATM card," Domnick Pereira, who owns two restaurants in busy Calangute-Baga locality told PTI.

The impact was sudden as the announcement by Prime Minister Narendra Modi came on Tuesday night prompting people to leave the coastal belt by Wednesday morning.

By the time there was clarity on the issue, many had already left, he said.

The state government, which has been monitoring the situation on all fronts including tourism, claim that "it was just a one day long impact which has died down now."

"The impact was only for one day. Now normalcy is returning in the tourism belt. The visitors were panicking for few hours but later they understood what exactly the process was," State Tourism Minister Dilip Parulekar said.

"Just for a day, tourists loaded with high denomination notes could not use it as the picture was unclear for first few hours," he said.

Calangute MLA Michael Lobo who owns a series of restaurants and hotels in the coastal belt said that restaurant owners were asked to accept Rs 500 and Rs 1,000 notes which eased the tension amongst tourists.

"The impact was only for a day. There is no reason for restaurants not to accept Rs 500 and Rs 1,000 notes as finally all the money would be deposited in the bank at the end of the day," Lobo said.

The BJP legislator said initially restaurant owners were reluctant to accept the withdrawn notes, but a message was sent across to cooperate with the visitors.

Goa attracts more than 30 lakh tourists annually with the international tourism season beginning in the state from October 2.

While domestic tourists are getting adjusted to the process of demonetisation, international travellers were perplexed.

"I had exchanged dollars to rupee when I arrived here and in no time, I am told that this currency won't work," Daniel Smith who has arrived in the state last week said.

Also, foreign travellers are not moving out of their hotels to eat in the beach shacks or other eateries. They prefer to remain inside as they have to pay with their credit card. They are all confused, said Cruz Cardoso, President, Shack Owners' Welfare Society.

This, he said, has began impacting the businesses which are dependent on the tourist season but hoped that things will soon return to normal.

With ATMs also shutting down soon after Prime Minister Narendra Modi on Tuesday night announced withdrawal of 500 and 1,000 rupee notes from circulation in a bid to flush out black money, its been difficult for the visitors who are waiting for things to ease out so that they can move on to cash bills.