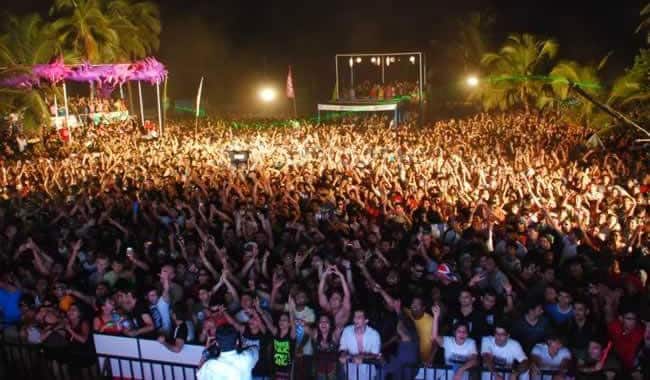 Panaji: Even as Goa`s popular `Sunburn` festival is poised for a change in venue from Candolim to some other beach, the state tourism department has backed the event as a driver for tourism promotion and revenue generation.

The annual festival is facing problems related to its venue because it causes traffic congestion at Candolim beach, 9 kms away from Panaji in North Goa. The locals have also complained about the chaos created during the musical extravaganza.

During the event, an estimated 30,000 people throng the venue every day.

The festival organisers will have to scout for alternate venue due to traffic and other issues at Candolim beach, state tourism minister Dilip Parulekar said.

"The ministry will not allow the festival at Candolim beach. But, we want the festival for sure as it attracts more tourists and helps state generate revenue," Parulekar said.

Though the music festival is facing a tough time in its conceived state, there are no hitches in the newer places where it has expanded since the last two years.

Shailendra Singh, joint managing director of Percept Private Limited which organises the event, told PTI that the festival will be held in Goa in a manner the state tourism department feels appropriate.

"We will follow code of conduct as `Sunburn Goa` is an event of Goa, by Goa and for Goa," he said.

Percept Private Limited began the EDM (electronic dance and music) festival in the beach state in 2007.

`Sunburn Noida` will be held on October 6, `Sunburn Mumbai` on November 15-16 and for the first time, the South Indian city of Bangalore will have the festival on November 16-17, Singh said.
"The festivals at Noida, Bangalore and Mumbai will be at par with Goa," he added.