China, the world's largest emitter of greenhouse gases, today reaffirmed that it remains "100 per cent" committed to the landmark Paris climate deal, looking to seize the leadership of global environment policy after US President Donald Trump began dismantling Obama-era policies. 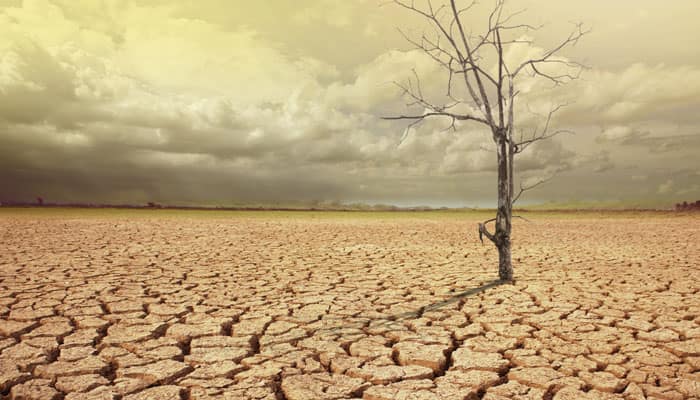 In another controversial executive order, Trump decided on Thursday to radically change the policies of his predecessor Barack Obama, who had worked hard with China to reach a global consensus on the deal to restrict average global temperature rise to 2C above pre-industrial levels.

Following Trump's decision, China called on the US - the second biggest emitter - to honour its commitment to fight climate change. It said it remains 100 per cent committed to the 2015 Paris agreement.

"President Xi Jinping said in January this year at UN headquarters that China will continue to make efforts to deal with the climate change and we will honour our obligations 100 per cent," Foreign Ministry spokesman Lu Kang told reporters.

"Whether other countries commit to these goals or not, China...Is resolute in meeting the goals and actions," he said.

"We will continue to work with relevant parties to enhance dialogue to move forward the efforts to ensure our economy can be put on green and low carbon path. It will also pass on green climate to our future generations," Lu said.

The Chinese reaction to the US move came ahead of Trump-Xi meet next month in Florida, their first summit which will set the tone of ties between the two top economies as well as the two largest emitters of greenhouse gasses in the Trump era.

"Climate change is a challenge faced by all mankind. The Paris agreement is a milestone in the global campaign in climate governance. It is a consensus of the international community and ushered a new stage of the global endeavour in seeking low carbon development," Lu said.

He said the Paris deal has "not come easy", obliquely taking a swipe at Trump for quashing Obama's climate policies.

"All countries including the US and China have made contributions and we still believe that all parties should go with the tide, seize the opportunity, fulfil their pledged and implement the agreement," he said.

After the expected withdrawal of the US from climate commitments under Trump, who had promised to scrap the deal during his campaign, observers say China is looking to seize the leadership role of the international environment policy.

Both Xi and Obama had ratified the Paris agreement on?climate change in a high-profile event on the eve of the G20 Summit in the Chinese city of Hangzhou last year and handed over their countries' instruments of joining the Paris Agreement separately to then UN Secretary-General Ban Ki-moon.

To fulfil its commitment to Paris deal,?China?will have to cut carbon emissions per unit of its GDP by 60-65 per cent by 2030 from 2005 levels, increase non-fossil fuel sources in primary energy consumption to about 20 per cent, and peak its carbon emissions by 2030.

These targets were reflected in China's Intended National Determined Contribution and also in its 13th Five-Year Plan that will continue till 2020.

Before the Paris agreement, the US and China reached a bilateral agreement?in 2014 setting new targets for carbon emissions reductions by the US and a first-ever commitment by China to stop its emissions from growing by 2030.

The Paris deal was the third attempt at addressing climate?change, other than the 1992 UN Framework Convention.

China was among the 195 other countries that signed the Paris Agreement at UN Headquarters in New York on April 22, Earth Day, last year.

The agreement on Climate?Change in Paris (COP21) aims to reverse temperature increases, mainly caused by carbon emissions. It sets a target of holding the global average rise in temperatures to 2C above pre-industrial levels.

Why we start understanding people after age of 4 decoded