The last expedition of similar scale in Tibet, regarded as roof of the world was conducted in the 1970s. 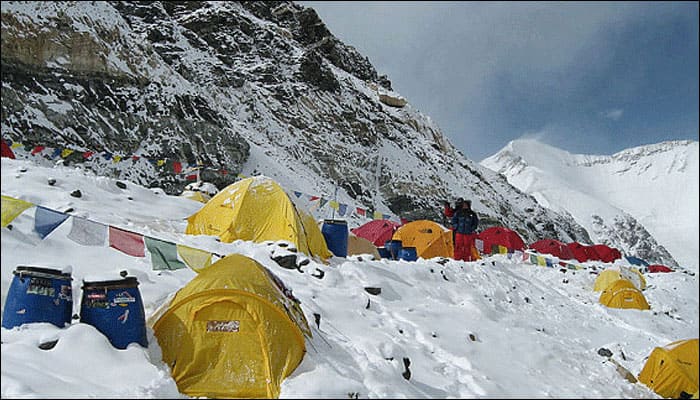 New Delhi: The discourse on climate change and global warming is far from over. It has taken over a larger domain in the last few years and its rapidly growing effects have raised questions on Earth's habitability in the future.

Environmentalists' and scientists' concern over climate change and its effects are on another level altogether and with good reason.

Over the years, many scientific expeditions have been launched to monitor and gauge the differences in previous climate measurements as compared to today and the changes it has caused over time.

Now, in another mission to study changes in climate, biodiversity and environment over the past decades, China has launched a scientific expedition to the 4,000-metre-high Qinghai-Tibet plateau, which will also include a visit to the China-Pakistan Economic Corridor.

The USD 50 billion CPEC passes through Pakistan-occupied Kashmir (POK), over which India has conveyed its protests to China. The area covers Karakoram mountain ranges including Siachen glacier.

The last expedition of similar scale in Tibet, regarded as roof of the world was conducted in the 1970s.

This time, the expedition will last five to 10 years and the first stop will be Serling Tso, a 2,391-square-km lake that was confirmed to have replaced the Buddhist holy lake Namtso as Tibet's largest in 2014.

In the coming months, the Chinese Academy of Sciences (CAS) will take more than 100 scientists to the lake area and the origin of the Yangtze, China's longest river. They will be divided into four groups and make a comprehensive survey of the plateau glaciers, climate change, biodiversity and ecological changes, said Yao Tandong, an academician with the CAS, state run Xinhua news agency reported.

"Great changes have taken place in the plateau's resources and environment since the first scientific expedition," said Yao, director of the CAS Institute of Qinghai-Tibet Plateau Research. "We need further research to find out ways to cope with these changes."

The new round of research, he said, will focus on changes.

Zhu Liping, a CAS researcher leading the lake observation team, said the surface of Serling Tso Lake, for example, had expanded 40 percent between 1976 and 2009.

"The volume is equal to three times the water in Three Gorges Dam," Zhu said. The study will measure the impact on the ecology and its potential link to flooding and drought in the low-lying eastern monsoon region.

Zhu said data will be collected by scientists using automatic boats for the first time and a topographic map will be drawn.

"The plateau climate is becoming warmer and more humid," said Xu Baiqing, who is leading another team to the glaciers.

The team will drill ice cores at three major plateau glacier groups. Buried in the cold interiors of glaciers, ice cores contain well-preserved and detailed records of climate change in a century.

The impact of climatic changes would be assessed and proposals for conservation and rational development of resources formulated.

On the archaeological front, scientists will look for evidence that can prove an earlier archaeological discovery of a Paleolithic ruins in the Serling Tso suggesting that humans might have been lived on this part of the world since some 30,000 years ago.

Archaeologists will try to answer why humans came to this plateau, where did they come from, and how did they adapt to high altitude living, according to team leader Deng Tao, deputy director of Institute of Vertebrate Paleontology and Paleoanthropology, under CAS.

A fourth team will research the biological diversity on the plateau and draw up a habitat map for preservation and tourism purposes.

A national park might be set up in Serling Tso, the report said.

Renewable Energy will reach 49 percent in India by 2040: Report