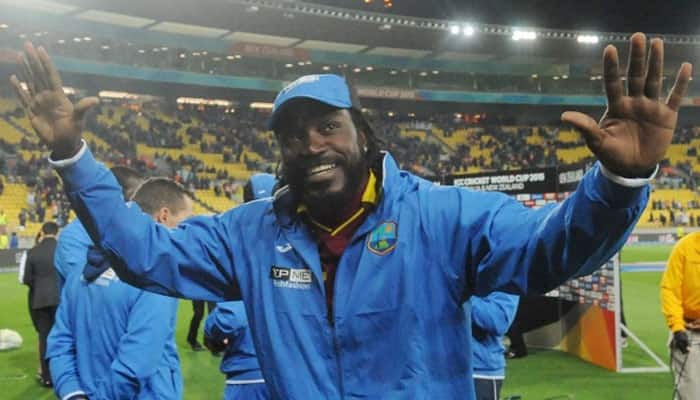 News of Bollywood superstar Shah Rukh Khan's decision to acquire Caribbean Premier League (CPL) franchise Trinidad and Tobago Red Steel, subject to all the regulatory and board approvals, has suddenly helped shift focus on the Caribbean version of the Indian Premier League.

However, the co-owner of the Kolkata Knight Riders is not the first high-profile movie star to associate himself with the CPL. Hollywood A-listers Mark Wahlberg, shareholder of Barbados Tridents and Gerard Butler, principal shareholder of Jamaica Tallawahs, jumped on the CPL bandwagon before the Indian actor.

The KKR owners' impending takeover of one of Trinidad & Tobago is in fact recognition of the growing stature and popularity of the CPL. The organizers claim 2014 edition of the tournament attracted a global audience in excess of 65 million, suggesting CPL was headed in the right direction.

Expectations from the new season are at an all-time high. With a galaxy of T20 and world cricket superstars on show to entertain the Caribbean crowds in the most glorious setting, CPL 2015 is indeed the hottest ticket in town.

Tickets for the semi-finals have been priced at $12.50 while spectators will have to pay $15 to watch the final. Billed as the 'biggest party in sport', the tournament promises to be a heady cocktail of raw power and flamboyance.

CPL 2015 runs from 20th June to 26th July. Here is our indispensable guide to the calypso carnival.

The Caribbean Premier League was launched in 2013, replacing the Caribbean Twenty20. CPL 2015 marks the 3rd edition of the tournament. The inaugural CPL was won by Jamaica Tallawahs, while Barbados Tridents emerged victorious in 2014. On both occasions, Guyana Amazon Warriors were the beaten finalists. Lendl Simmons and Krishmar Santokie of the Guyana franchise with 712 runs and 33 wickets respectively have so far been CPL's most successful batsman and bowler.

The 2014 final of the tournament was scene of the CPL's biggest controversy till date. Guyana Amazon Warriors were set a target of 153 runs by the Barbados Tridents. However at 107 for 4 after 15.5 over during the run chase, the match was interrupted by rain. Post the completion of the mop-up operations, the officials opted to abruptly end the match as allotted time - including extra time - had elapsed. Barbados Tridents were declared winners on the basis of Duckworth/Lewis method.

In the group stage, each team plays ten matches, three of them at their home ground.

The unique aspect of this format is that all teams are co-located at a common venue for five consecutive matches, after which they move on to a new location for five more games and so on.

Team with most points at the end of group stage earns a direct entry to the CPL final. Third and fourth placed teams play in the 1st semi-final, while the winner takes on the 2nd-placed team from the group stage as part of the 2nd semi-final.

The final is played between the winner of 2nd semi-final and the team that topped the table in the group stage.

All the three elimination matches will be played at Queen’s Park Oval.

Needless to say, 2nd edition of the CPL was dominated by the West Indian boys. Lendl Simmons, Chris Gayle and Dwayne Smith were in murderous mood with the willow, while Samuel Badree, Krishmar Santokie and Sunil Narine were clearly the best bowlers on show.

Here is a look by at all the important numbers from last season.