Defence deals: India caught between Russia and US

Can India depend solely on Russia for its long-term defence equipment requirements? 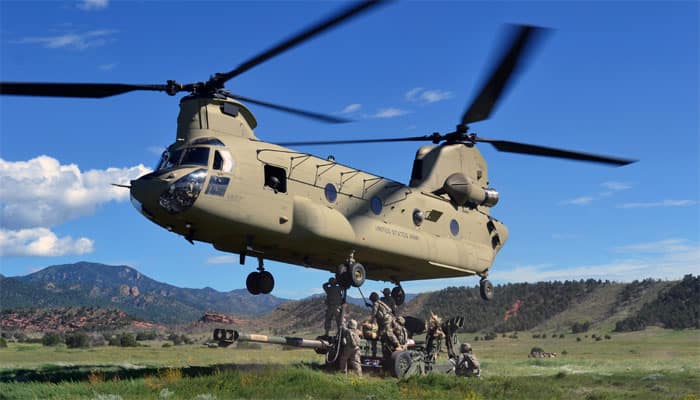 After his highly successful Japan visit, which saw the two sides signing the Global Partnership Deal, Prime Minister Narendra Modi is set to embark on a big-ticket visit to the United States later this month. The visit holds significance as it not only aims at renewing the not-so-warm Indo-US ties but also comes at a time when India’s decades old ally Russia has been increasingly isolated, forcing New Delhi to look for more reliable global partners for its future military and technological needs.

While in the recent past, top western envoys have been rushing to India to woo PM Modi with the sole objective of bagging billion-dollar contracts with the new government, which has taken a big decision of opening the defence sector to foreign investment, the new NDA regime is also caught between two tough choices.

One - how long can India depend on Russia for its growing military needs to counter threats emanating from two hostile neighbours China and Pakistan, and second - which other country can provide it the cutting-edge technology and meet India’s long term defence equipment requirements.

For over five decades, India has been largely dependent on Russia for its military preparedness. But the warmth and vibrancy in the time-tested and very cordial Indo-Russian ties is somewhat evaporating. India’s growing clout in the international community and the fast changing geopolitical matrix has pressed New Delhi to further cement its relationship with Washington and other Western nations, which are willing to offer what Moscow is increasingly failing to deliver - high precision sophisticated weaponry at relative cost.

The delay in transforming the modified Kiev-class aircraft carrier Admiral Gorshkov into the INS Vikramadtiya and its exceeded cost has badly hurt Russia’s reputation. Though, India had not sought fines from Russia for the inordinate delay in supplying Gorshkov, which was handed over to the Indian Navy last year, this failure has deteriorated the Russia-India military ties.

Russia's recent offer to sell Mi-35 attack helicopters to India's arch-rival Pakistan has further dealt a major blow to the Indo-Russian ties.
Further, series of crashes involving mostly Russia-made MiG 21 and MiG 29 fighter jets, a slew of kickback allegations, procurement delays have marred government’s efforts to upgrade its armed forces. There is a growing urgency in India to upgrade its Soviet-era military weaponry to counter China, which has forced it to look beyond Russia.

Another big factor, which has compelled New Delhi to weigh more options is the willingness shown by the Western countries to offer latest technical know-how along with the clause to co-develop and manufacture hi-tech defence equipments in India to which Moscow never agreed until recently.

Hence, it came as no surprise when the United States piped Russia as India's  top defence supplier earlier this year. This also points to a big shift in India’s defence policy to look at the United States, United Kingdom, France and Israel for major military procurements.

This also implies that Moscow will gradually lose its competitive edge in India and its arms exports to the latter will continue to shrink further, while Moscow’s western rivals may scale up their defence cooperation with India.

According to defence analysts, India - the world's largest arms importer - is poised to spend $250 billion in the next decade to modernise its armed forces by acquiring more lethal weapons and combat jets and son on to keep the “expansionist” China, which spends $120 billion a year on its military preparedness, at bay.

India spent nearly $6 billion last year on weapons imports, though its state-run firms cater to some extent to its defence requirements by manufacturing tanks, small helicopters, ballistic missiles and assembly lines for foreign jets. The Modi government’s recent decision to raise cap on FDI from 26% to 49% in the defence sector, allowing foreign manufacturers to build more defence components without licences, will further make it easier for Indian firms to partner foreign firms.

Prime Minister Modi has laid out an ambitious plan to sharpen the country’s combat capabilities and transform India from the world's largest arms importer to a major defence equipments manufacturer - something which has been a distant dream of every prime minister since independence. And for this, New Delhi needs access to the highest technology and know-how, which Moscow lacks.

PM Modi’s military modernisation plan and his desire to see India as a major regional player has thrown indications that the country’s defence sector is set to undergo a vast change in the days to come. India is also likely to bargain hard with the foreign vendors in future to ensure technology is transferred and some components are developed in India by big domestic players in the sector.

In the past few months, French Foreign Minister Laurent Fabius, US Senator John McCain, Britain’s Foreign Secretary William Hague and Finance Minister George Osborne, US Secretary of State John Kerry, Secretary of Commerce Penny Pritzker and Defence Secretary Chuck Hagel visited India to court Modi with lucrative defence deals. All this also points to the growing competition between the top countries to win billion-dollar defence deals with India to absorb the arms and ammunition manufactured by their respective companies.

India also wants to use its “vast arms market” status to its advantage.
When Modi visits United States, President Barack Obama’s team will try to revive Indo-US defence trade, which had dropped sharply during the second term of the Congress-led United Progressive Alliance (UPA) government. US government officials will certainly push hard for $2.8 billion in delayed sales of Boeing's Apache attack and Chinook military transport helicopters to be among the first completed under the new regime. The $1.4 billion order for 22 AH-64D Apaches was first approved in December 2010 and a separate deal for 15 heavy-lift CH-47F Chinook helicopters is valued at $1.4 billion.

If the Defence Ministry sources are to be believed, the government is also determined to acquire Boeing's Chinook and Apache helicopters - a deal that can revamp the strained ties between New Delhi and Washington. Significantly, the Defence Acquisition Council has also cleared the last hurdle for signing of the contract with the US in respect of Apache and Chinook. The deal topped the agenda during Chuck Hagel’s August visit, which laid the ground work for Modi-Obama meet on September 30.

During talks with his Indian interlocutors, Hagel pushed for defence deals worth more than $7 billion, including the stalled mega deals for M-777 ultra-light howitzers and Javelin anti-tank guided missiles (ATGMs). The US bagged Indian defence deals worth $10 billion in the last decade and edged past Russia as India’s number one defense supplier. But the greed is growing among  American arms manufacturers, who want to expand the US defence export to India by including helicopters and UAV’s (unmanned aerial vehicles).

Besides, signing the $2.8 billion deals for Apache and Chinook helicopters, other defence deals, which the two sides are likely to sign is 145 ultra-light M-777 howitzers (worth $885 million).  These howitzers are meant to be deployed by India’s new mountain strike corps which will essentially be China-centric. However, the Indian side is not too inclined to off-the-shelf purchases, and would instead push for arrangements that would galvanise Indian defence industry in partnership with US firms.

However, all depends on circumstances under which Modi and Obama meet and what concessions Washington offers to India.