Jharkhand Assembly elections 2014: Will the electorate vote for a stable government this time? 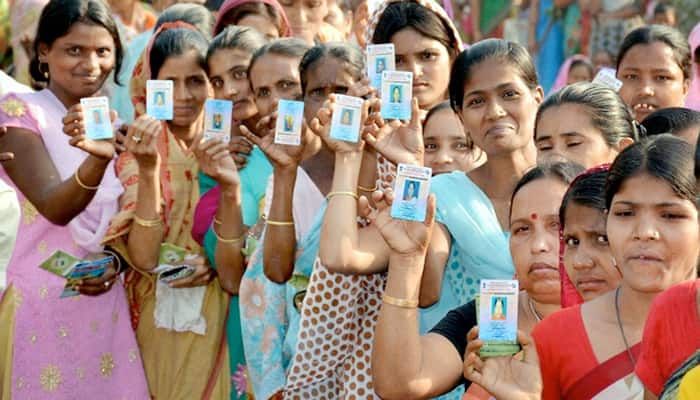 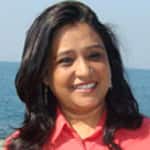 The state which was created on November 15, 2000 after being carved out from Bihar has some unique characteristics. It is a small state which really does not occupy the centrestage as far as media headlines are concerned.

Rich in natural resources and naxal infested, it has been politically unstable ever since its inception. With alliances falling apart now and then, the state has witnessed three spells of Presidents rule and seen nine governments so far, with a tribal leader always donning the chief minister’s hat. That is Jharkhand, which is going to the polls on November 25, in a nutshell.

Traditionally, the pro-Jharkhand movement parties namely Jharkhand Mukti Morcha (JMM), All Jharkhand Students Union (AJSU), Jharkhand Vikas Morcha (Babulal Marandi split from BJP to form this party) and others have a strong base in the state, but national parties, the BJP and the Congress, also have a good presence. At the same time regional parties of Bihar like Lalu Prasad Yadav’s Rashtriya Janatal Dal (RJD) and Nitish Kumar’s Janata Dal (United) or JD(U) also have a decent presence as the tribal population in the state is around 25-28 percent, with around 12 percent or so being SCs and the rest belonging to other castes with a sizeable population from Bihar.

Where do political parties stand in Jharkhand?

In the upcoming elections, riding high after the twin success in recently held Assembly elections in Haryana and Maharashtra, the Bharatiya Janata Party (BJP) is hoping for an encore in Jharkhand. The party has unleashed an aggressive campaign in the state keeping who else but Prime Minister Narendra Modi in the middle of it all. They are urging the voters to install a ‘Modi government’ in Jharkhand too with thousands of posters visible across the state with slogans like Jharkhand ke badle halat, chalo chalen Modi ke saath written on them. They have been trying to drive home the point that the same party both at the Centre and the state will ensure a better coordination for the development of the state. For this they have made sampoorna bahumat, sampoorna vikas (absolute majority, complete development) their buzzword.

The BJP’s morale has been boosted by scores of defectors joining the party ahead of the Assembly polls, particularly from the JVM, like Baghmara MLA Dhullu Mahto, Garhwa MLA Satyendra Nath Tiwari, JVM vice president Gautam Sagar Rana and its Simdega district unit boss Kishore Ekka. Ekka is one of the few Roman Catholic Christians to join the BJP.

The BJP is fighting 72 out of 81 seats in the state and has given eight to its alliance partner AJSU and one to Ram Vilas Paswan's LJP. Like Haryana and Maharashtra, the BJP has decided not to name a chief ministerial candidate in Jharkhand too. However, differences in a consensus leader and a strong face in the state may be one of the reasons for the party not naming a CM candidate, even though Arjun Munda continues to be one of their better known faces. But there are other contenders in the fray too like former deputy chief minister Raghubar Das and Sudarshan Bhagat, who is the only representative of Jharkhand in the Modi cabinet.

Thus, the BJP is banking on the anti-incumbency factor to tilt the voting pattern in its favour and is hoping that the development plank and the promise to end the trend of coalition governments and provide decisive leadership in the state works for them.

On the other hand, the Congress like in Haryana and Maharashtra seems to be once again in trouble. The party had fared miserably in the 2014 Lok Sabha polls with its lone MP Subodh Kant Sahay losing from Ranchi constituency. It had polled just 13.3 percent votes with ruling party JMM polling 12.1 percent, while the BJP had bagged 40.1 percent votes in the state. At the same it does not have a strong leader in the state and reports of the demoralized cadre of the Congress has been popping up now and then.

Moreover, it split with Shibu Soren’s Jharkhand Mukti Morcha recently ending a 475-days-old grand alliance. The split apparently happened due to a difference in the seat-sharing arrangement. It was said that the JMM was not ready to leave Jamtara, Ghatsila and Pakur seats to Congress. On the other hand the Congress had sought 45 seats and had asked JMM to accommodate other alliance partners like Lalu Prasad Yadav’s RJD and Nitish Kumar’s JD (U) from its quota of remaining 36 seats.

And even though it was reported that a section of the Congress leaders in the state wanted to fight the polls alone (a delegation of state leaders led by Sukhdeo Bhagat infact had met with Congress president Sonia Gandhi to push for this as per reports), the grand old party along with the Nitish Kumar’s JD(U) and Lalu Prasad Yadav’s RJD have come together to stop the so-called ‘communal’ BJP from racing ahead.

The Congress-RJD-JD (U) alliance is hoping that the duo of Lalu and Nitish will be able to repeat the feat in Jharkhand which they achieved in the recent by-elections in Bihar, where they managed to win six of the 10 seats and restricted BJP to four.

While RJD is contesting 10 Assembly seats, JD (U) has fielded candidates in five constituencies under the seat-sharing deal with the Congress. Palamu division, which has significant Bihari population, will be key for RJD and JD (U). BJP has fielded its candidates for all the 10 seats of Palamu division. One of the factors that must be playing on the minds of the Congress, RJD and JD (U) is the fact that the BJP had won 12 out of 14 seats in the state in 2014 Lok Sabha polls and an Assembly wise examination showed that the BJP Lok Sabha candidates maintained a lead in 56 Assembly constituencies.

As far as JMM is concerned, Hemant has been the CM but Shibu Soren is still its tallest leader even though he may have had a chequered past having being charged with allegations from corruption to murder. However, he is an ageing horse and lacks the steam of his youth. In order to woo voters, the Hemant Soren government has unveiled a series of sops for women voters and tribals. He has been talking about skill training being imparted to youths, giving villagers employment under MGNREGA worth Rs 600 crore in 2014 and has harped about 43,000 developmental projects that were completed under the schemes.

Soren has also highlighted his government's helping hand to the students by way of free books, uniform and midday meals at primary level and other initiatives like insurance cover, expansion of roads and minority education and giving of dhoti and sari to BPL families every six months at Rupees ten. But if opinion polls are to be believed then all of the above may not work in the upcoming Assembly elections.

History of election verdicts in Jharkhand

The voters of Jharkhand have generally given a clear verdict when it comes to General Elections, but have thrown up a hung House in Assembly polls. Also, the two national parties, the Congress and the BJP, have really not been able to repeat their Lok Sabha performance in the Assembly elections in the past. For example, in the BJP bagged eight out of 14 seats in the 2009 Lok Sabha polls and had maintained a lead in 46 Assembly segments but when it came to state elections held a few months later, it failed to maintain its position and could win only 18 Assembly seats, and was forced to back a JMM-led government in the state.

However, amongst all parties, the best showing in Jharkhand has been by the BJP when it got 32 seats in 2000 and formed government with JMM support. In the last Assembly polls, a severely fractured mandate was given by people with BJP and JMM winning 18 seats each, JVM 11, AJSU 6, Congress 13, RJD 5 and Others 10. ‘Guruji’ of Jharkhand politics Shibu Soren then became the CM with support of BJP and others for 6 months, followed by President’s rule for some time with BJP once again forming the government for three years supported by JMM. Later Guruji’s son Hemant Soren broke the alliance with BJP resulting in Presidents rule for six months and after that Hemant became the CM supported by Congress and has been ruling the state since then.

Problems like electricity, water, roads, education, health, drinking water, irrigation and other local issues will dominate the elections like they do in all states but there are also other issues like the domicile policy which no political party wants to touch. In the past the JMM-BJP breakup was a fallout of the differences on this issue.

Jharkhand ironically has 40 percent of mineral resources of the country but there hasn’t been much of industrialization. Thus, a clear policy on the functioning of PSUs and the involvement of locals in mining activities by providing jobs are other factors. Reports have said that in industrial areas of Dhanbad, Bokaro, Ranchi and Jamshedpur there is anger among the workers regarding this issue. No wonder the matter has been raised in these polls too by trade unions that have a stake in the elections. The main job providers in the state are SAIL and Tata Steel, established years ago.

Also, agriculture is said to have been neglected in the past by those who have been in power. Santhal, Munda, Oraon, Ho, Kharia and Kharwar have been traditionally involved in agriculture but now reports have said that they find it difficult to find jobs and are forced to do other stuff. And corruption too is one of the burning issues in the state.

In such a scenario if Modi can convince the electorate of rapid development, industrialization and jobs, then the BJP may just have an edge in Jharkhand, as some opinion polls have suggested.

The outcome of the elections in Jharkhand will also depend a lot on how the Naxal-infested regions vote. The Maoists have called for complete poll boycott in the state with the announcement being made recently by the Bihar-Jharkhand Special Area Committee (BJSAC) of the CPI (Maoists) in a press conference organised by them at an undisclosed location. BJSAC spokesperson Gopal Ji said that elections were hardly free and fair because in the name of providing security arrangement, central para-military forces terrorize electors. However, the Centre has decided to deploy over 51,000 personnel of central paramilitary forces in Jammu and Kashmir and Jharkhand for peaceful polls.

Then there is the problem of jobs for thousands of so-called misguided youths who want to join the mainstream. It is said that the police stations supposedly charge Rs 25,000-50,000 for rehabilitating a Naxalite.

Thus, the above indicators makes it abundantly clear that though small, Jharkhand has been one of the most difficult to predict when it comes to voting pattern. Will the electorate once again throw up a hung Assembly or will there be a clear verdict by over 22 million voters who are eligible to vote this time around, is something that will only be unravelled on December 23 when the votes will be counted.