Know why AR Rahman is the jewel, `Oasis` of Indian music 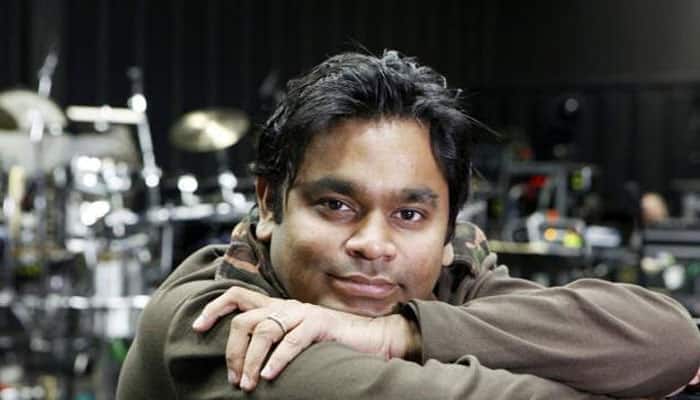 Allah Rakha Rahman born as A.S. Dileep Kumar needs no introduction. Born on January 6, 1966, AR Rahman undeniably revolutionized the Indian film music industry. One cannot miss his contribution to the world of music. Soothing, original and one which is easily etched in our minds -- Rahman's songs have an instant connect with one's soul.

If Lata Mangeshkar is the goddess of playback singing, Rahman can be called the master of Indian film music industry.

Music composer, record producer, musician and singer -- Rahman is referred as the `Mozart of Madras`, and there is no disagreement over the fact that the legendary musician is an `Oasis` in the Indian film music world.

Let's get to know a little more of his achievements and works. He is credited for bringing Indian film music in the global arena and getting it international fame and stature.

The music maestro has won thirteen Filmfare Awards, four National Film Awards, a BAFTA Award, a Golden Globe and two Academy Awards. He has also been nominated for two Grammy Awards. He has all the reasons to ring in his 48th birthday with pride and glee.

The Mozart of Madras is in the race once again for an Academy Award. Nominated in the Original Score category for the 87th Oscars, Rahman has truly done the Indians proud.

Three songs from movies `Million Dollar Arm`, The Hundred Foot Journey` and Rajinikanth starrer `Kochadiyaan` have made it to the Oscars short list of 114 songs.

By 2003, just over a decade into his career, he turned out as one of the world's all-time top selling recording artists. And this is worthy of mention, considering it is a feat which even top musicians fail to achieve.

Rahman's debut work in music `Roja` which was released in the year 1992 won him the Rajat Kamal award for Best Music Director at the National Film Awards. This was history in itself, with the honour being given the first time ever to a first-time film composer.

His first soundtrack for Roja was listed in TIME's "10 Best Soundtracks" of all time in 2005. This was considered a milestone in Tamil and Indian film music that ushered in the age of a new era.

Need we say more about the talents that he holds? Or the authority that he commands over the music. In the age of music which is run and re-run by remixes and plagiarism, Rahman breathes a life into his works which has originality to say the least.

Be it a simple background score, or a romantic song, or for that matter rock and jazz, the versatility in his works cannot be questioned.

The UK-based world-music magazine `Songlines` even honoured him as one of "Tomorrow's World Music Icons" in August 2011.

His international fame doubled with this and put Indian music at the forefront. On October 24, 2014 Rahman was awarded an honorary doctorate from Berklee College of Music.

The music master's list of awards and achievements is endless. On his 48th birthday, here's wishing Rahman the very best. Without his reservoir of musical talent, Indian film music wouldn't have reached the pinnacle of success.

At a time where only copied music worked, Rahman presented his musical genius for which we can safely call him the 'musical maestro'.