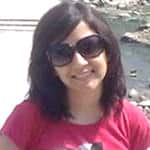 Asif Ali Zardari is the 11th President of Pakistan and co-chairman of ruling Pakistan Peoples Party (PPP). He married Benazir Bhutto in 1987 and has three children with her– son Bilawal Bhutto Zardari, who is currently the chairman on PPP, and daughters Bakhtawar and Asifa.

Born in 1955 in Karachi, Zardari completed his education in a Karachi school and later from a cadet college.

During Benazir Bhutto’s tenure as the prime minister of Pakistan, Zardari held influential portfolios in the cabinet.

However, Zardari’s life was marred with controversies after the collapse of Bhutto’s government as he was accused of corruption for passing various deals on a commission. Several allegations were made against him and he was first arrested on charges of kidnapping and extortion in 1990.

Zardari was released from jail in 1993 and all charges against him were subsequently dropped in the next few years.

After his second release from the jail in 2004 after his arrest in a money laundering case, he went into self-exile and settled in Dubai. In all, he spent 11 years in jail.

It was only after the assassination of Benzair Bhutto in 2007, did he make a comeback and was elected as the President of the country a year later.

He refused to agree that al Qaeda terrorists were behind the assassination of Bhutto and blamed Pervez Musharraf for not providing adequate security arrangements which led to Bhutto’s death.

In the 2008 elections, PPP and PML-N won majority of votes and formulated a coalition government. He appointed Yousaf Raza Gilani as the prime minister.

After coming to power, he reinstated 60 judges sacked by Pervez Musharraf during his tenure in 2007. Presidential elections were held few weeks after Musharraf’s exit and Zardari was elected as Pakistan’s President on September 06, 2008.

Soon after being elected, he landed in controversy and was severely criticized for calling Kashmiri nationalists in India as “terrorists”. He called the jihadist groups fighting in Kashmir as “terrorists” and not “freedom fighter”. The statement was a complete turnaround from the Pakistani policy which has claimed its rights over the disputed region.

Zardari also attempted to bridge the gap with Afghanistan and after assuming the office of Presidency made steps to improve the diplomatic ties with the country. Both the countries met again in 2009 in United States for a trilateral meet and promised to extend further cooperation.

In 2011, it was reported that Zardari had wed a New York based woman and a PPP activist, Tanveer Zamani. However, both of them denied the reports and called them rumours.

In December, Zardari’s health suffered when he allegedly suffered a “small stroke” and was flown to Dubai for treatment.