Navratri not only symbolises the victory of good over evil (Goddess Durga's victory over Mahishasur) but also celebrates the spirit of Indian culture in its togetherness. 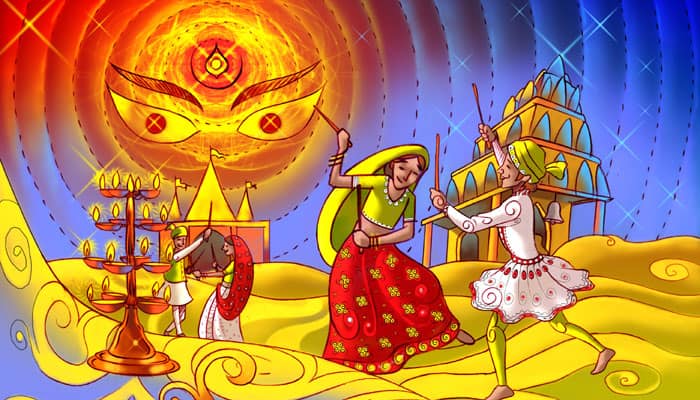 The festival of Navratri comes with a promise of nine days filled with fun, frolic, dance and festivities all around. It is one of the most vivacious festivals celebrated in the country.

Navratri not only symbolises the victory of good over evil (Goddess Durga's victory over Mahishasur) but also celebrates the spirit of Indian culture in its togetherness. Devotees, not only celebrate the festival by offering prayers to the Goddess but also wear traditional and colourful dresses, sing folk song and indulge in other fun activities like- playing Garba and Dandiya.

Garba or Dandiya, are dance forms which were earlier only performed in Gujarat, but have now become very popular across the country. The lively and colourful dance forms' popularity is such that Garba festivals are organised in almost every corner of the country today to grace the occasion of Navratri. 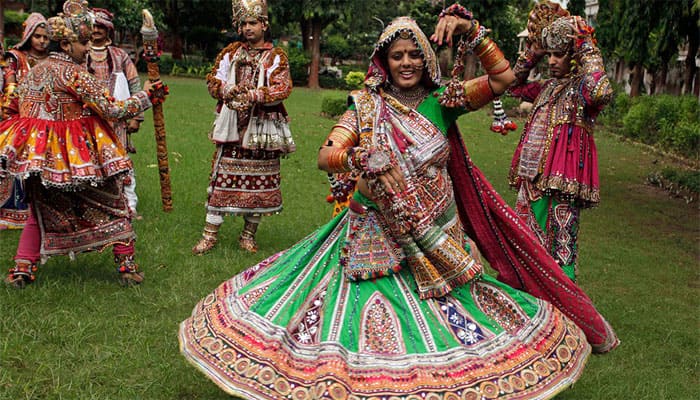 Dandiya is usually played in the late evening, after performing all the religious rituals (Aarti). While Garba is performed before worshipping Goddess Durga. These dances are generally performed in groups and special large scale events are organised where hundreds of people can come together for the celebrations.

Besides setting the festive mood, these dance forms also hold a special significance in the 9-day long festival. Garba and Dandiya are believed to be the dramatisation of the fight between the Goddess and Mahishasur– the mighty demon king. The sticks of the Dandiya dance represent the sword of Goddess Durga. This  is the reason why the dance form is also known as ‘The Sword Dance.’

Use of colourful sticks, traditional and vibrant costumes comprising skirts and ornate blouses, designed with lovely embroidery and mirror craft, also not to forget the foot-tapping music, make the dance form unique in itself and also matches with the spirit and joy of the festival.

Traditional costumes and its significance:

Navratri being a festival of togetherness, people always prefer to wear dresses of similar colours and patters to spread the message of oneness. While women prefer the traditional Chaniya Choli, that has vibrant colours and beautiful embroidery, men wear traditional kurtas and payjamas. Designer sarees and Lehenga sarees are also some of the favourites of women these days, especially in metropolitan cities.

There was a time when the two dance forms were used to educate people about the festival and its mythological importance but today things have changed. With changing times, when everything has become commercial Garba events have also changed. The once social event has now become more of a commercial affair. With large business organisations and event management companies investing a handsome amount in the so-called Dandiya nights, it has become a grand affair around the country.

Earlier, Garba used to be played in every nook and corner of the street, but today it has become a glam event filled with the best in fashion, food, events and dance. Garba and Dandiya nights these days are all about big stars visiting the event, delicious food, designer clothes and glamour. The dance element is sometimes lost in the glamour of the stars and people come to the venue more for the star then the festival.

Despite things changing and turning the commercial way, it is a beautiful feeling to go with your family and attend the colourful and vibrant Garba nights during the Navratri festival.

Here's wishing everyone a very happy and prosperous Navratri!