The second-leg of their semi-final with Barcelona awaits at Anfield on Tuesday with Jurgen Klopp`s side needing a comeback of Istanbul proportions if they are to reach the final. 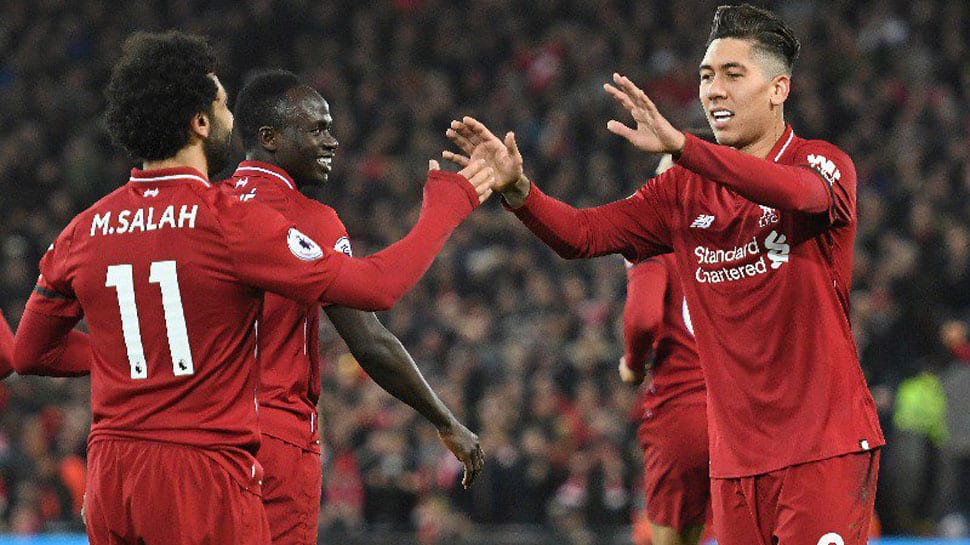 Shaken by the brilliance of Lionel Messi and a 3-0 Champions League defeat in Barcelona, Liverpool know that anything but a Premier League win at Newcastle United on Saturday would leave their dreams of honours this season in tatters.

The second-leg of their semi-final with Barcelona awaits at Anfield on Tuesday with Jurgen Klopp`s side needing a comeback of Istanbul proportions if they are to reach the final.

If the scoreline in Spain felt a harsh reflection on Liverpool`s efforts on the night, there is a similar feeling about their Premier League campaign.

Klopp`s side have lost just once all season but unless leaders Manchester City slip up in their final two games - at home to Leicester City on Monday and then at Brighton and Hove Albion - the Merseysiders will have to settle for second place.

"We`ve obviously got to bounce back first for the weekend, pick ourselves up again after this disappointment," said Liverpool midfielder James Milner.

"But I think we`ve all seen the heart in the dressing room before and the drive, the team spirit. We will be ready to go at the weekend. Hopefully, we can get the result and get a bit of positive feeling going into the second leg," he added.

Liverpool fans may draw on the collective memory of their comeback from three goals down to beat AC Milan in the 2005 Champions League final in Istanbul, but the man who masterminded that famous victory will sit on the opposition bench at St James` Park on Saturday.

Spanish coach Rafa Benitez has kept Newcastle in the top flight for another season and has created a team with a solid defensive structure that should provide a challenge even for Liverpool`s prolific attack.

Mohamed Salah (21 goals) and Sadio Mane (20 goals) should be reunited with Roberto Firmino, who missed the 5-0 win over Huddersfield and started on the bench in Barcelona.

Another former Liverpool manager could have a say in the title race this week with Brendan Rodgers leading his Leicester City side to the Etihad to face City.

Rodgers was in charge of Liverpool during their ultimately doomed title run-in five years ago and is back in the Premier League after enjoying success in Scotland with Celtic.

Leicester showed signs of progress under Rodgers in beating Arsenal 3-0 on Sunday but City are in steely mood, as they illustrated in a hard-fought 1-0 win at a resilient Burnley.

In the relegation battle, Cardiff City must beat Crystal Palace on Saturday and hope that Brighton are beaten at Arsenal a day later.

Neil Warnock`s side are four points behind 17th-placed Brighton with two games remaining.

Huddersfield and Fulham have already been relegated to the second-tier Championship.