Assistant coach Milos Brozek says Yemen, the tournament`s lowest-ranked national team at No. 135, will have nothing to lose when they face the highly fancied Iranians in Abu Dhabi. 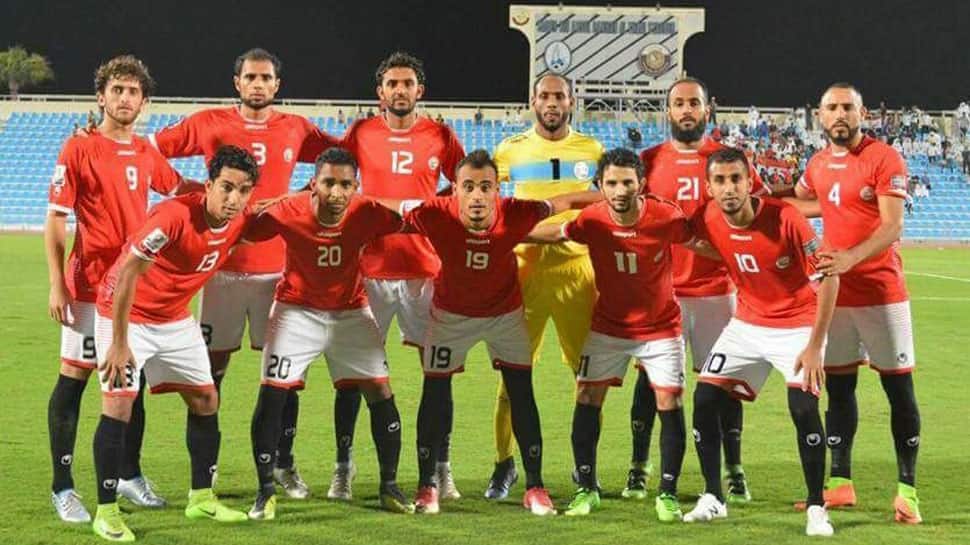 Yemen will be making their Asian Cup debut when they face three-times champions Iran on Monday and while the players are set to be thrust into the limelight like never before the team`s assistant coach is confident stage fright will not be an issue.

Assistant coach Milos Brozek told Reuters that Yemen, the tournament`s lowest-ranked national team at No. 135, will have nothing to lose when they face the highly fancied Iranians in Abu Dhabi.

"Sometimes if you are somewhere for the first time you don`t really realize just how big it is," the Czech said in a telephonic interview.

"We will show our best without any problems with nerves," he added.

The path to the 24-team competition was an unlikely one for a nation embroiled in a nearly four-year long war that has killed more than 10,000 people and triggered the world’s most urgent humanitarian crisis with the country on the brink of famine.

Their journey has been a rare source of good news for both the country and its players, who play abroad because the war has forced the suspension of the national league.

"We have players from all over Yemen," Brozek said. "Sometimes we talk with the players about the conflict but we keep the focus on football.

"We have had big support from Yemeni supporters around the Gulf and we see how the people support the players," Brozek added.

It has not been easy for Brozek and Slovak head coach Jan Kocian, who only took over at the end of October.

The pair had little time to experiment with tactics and formations and instead have had to focus on simply getting to know what the players could do, Brozek said.

And with most of the team scattered around the Gulf, logistical issues such as contacting players and clubs to get them to training camps gobbled up time, he added.

"It was a very short time to know everything and to collect the players," the assistant coach said.

"Playing-wise there was no time to try different systems. We are not in a position to switch from system to system because we have not had time to test different ones," he added.

The Czech and Slovak coaches have guided the team to three narrow pre-tournament warm-up losses to Saudi Arabia, United Arab Emirates and Syria, matches that have offered a glimmer of hope the team will not be a walkover at the Asian Cup.

But Brozek said whatever happens at the competition -- where the Yemenis also face Iraq on January 12 and Vietnam on January 16 in Group D -- the team led by former Slovak national team coach Kocian would be ready.

"The players are not afraid," he said. "They are fighters and want to represent their country the best way they can.