Giroud has not started a Premier League game for Chelsea since the club signed Argentina international striker Gonzalo Higuain in January. 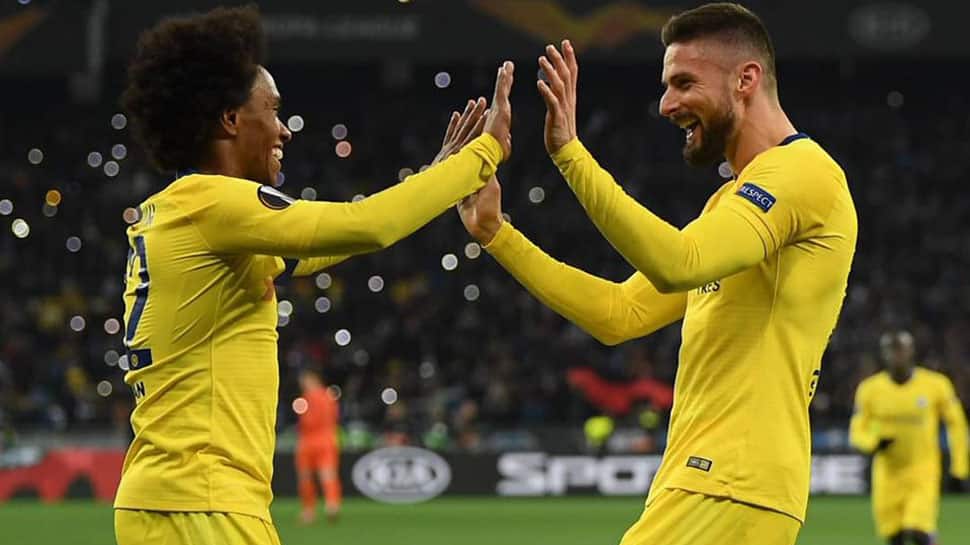 Chelsea striker Olivier Giroud wants to move back to France when his contract expires at the end of the season after growing frustrated by a lack of playing time under manager Maurizio Sarri.

Giroud has not started a Premier League game for Chelsea since the club signed Argentina international striker Gonzalo Higuain in January.

"The future may be hectic this summer," Giroud told French radio station RTL. "I`m not afraid to go down a level to have more playing time. It could be that I end my career in France."

The striker, who won the World Cup with France last year, scored 33 goals in 73 league appearances for Montpellier before moving to Arsenal in 2012 and has attracted interest from Olympique Lyonnais, according to reports in the French media.

The 32-year-old has been used mainly in the Europa League by Sarri and is the competition`s top scorer this season with nine goals in nine appearances, but does not believe he can force his way into the Italian coach`s Premier League plans.

"Today, I have the impression that there`s clearly no competition (for places in attack) since January. It`s like that, I know that I will only play in the Europa League," Giroud added.

"I try to do what it takes to be as effective and as important as I can for the team."

Chelsea are sixth in the Premier League, three points below the fourth and final Champions League qualification place currently occupied by Arsenal.

Sarri`s side could also secure Champions League football for next season by winning the Europa League, where they face Slavia Prague in the quarter-finals.