Beckham was charged after a member of the public told police they saw the 43-year-old on the phone while driving in London's West End last year. 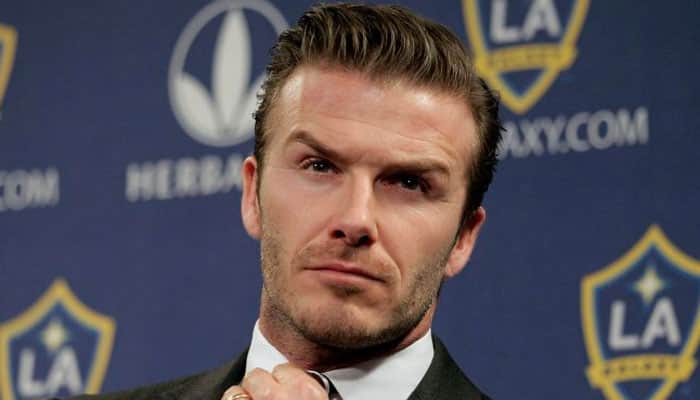 David Beckham was on Thursday banned from driving in Britain for six months after the former England captain admitted to using his mobile phone while behind the wheel.

Beckham was charged after a member of the public told police they saw the 43-year-old on the phone while driving in London's West End last year.

The father-of-four admitted the offence that he was driving his 2018 Bentley while using his phone in Great Portland Street on November 21.

Bromley Magistrates' Court in southwest London heard that Beckham was seen "operating a handheld device at knee level" while driving along Great Portland Street in the West End, the BBC reported.

He was also fined 750 pounds, ordered to pay 100 pounds in prosecution costs and a 75-pound surcharge fee within seven days, it said.

Prosecutor Matthew Spratt said, "Instead of looking straight forward, paying attention to the road he appeared to be looking at his lap".

Beckham's defence barrister Gerrard Tyrrell said the former Manchester United midfielder had "no recollection of the day in question or this particular incident".

"There is no excuse for what took place but his view is as he cannot remember," he said.

In September, Beckham was accused of "shirking his responsibility" as a role model when he avoided prosecution on a speeding charge because of a technicality the report said.

Beckham accepted he drove a loaned Bentley at 94kmph in a 64kmph zone in west London in January last year.

But his lawyer successfully fought to prevent action being taken because a speeding notice arrived one day late.

Beckham has moved onto a lucrative career in US soccer but remains a fixture in British celebrity culture.