Palace have kept two clean sheets and have the best defensive record in the league so far, conceding twice in four games to help the London club move up to fourth in the standings. 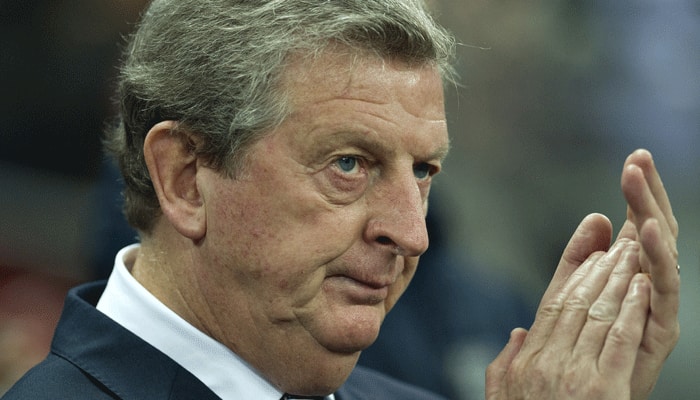 Crystal Palace manager Roy Hodgson on Friday praised his side`s defensive solidity at the start of the Premier League campaign but said he was worried about the lack of goals at the other end of the pitch.

Palace have kept two clean sheets and have the best defensive record in the league so far, conceding twice in four games to help the London club move up to fourth in the standings. However, Hodgson`s side have scored only three goals.

"The defence has been pretty good throughout my time here," Hodgson told reporters ahead of Saturday`s league trip to Tottenham Hotspur. "Our problem... is we don`t score enough goals at the other end to get the wins we`d like."

"If you`re keeping clean sheets and keeping it tight, you make it that much harder for the opposition. We do have players who, given time and space, can use it to their advantage. We have to make certain we don`t relent on that side of our game."

"When the opposition have the ball, we have to work very hard to... keep in shape. If the game becomes very open and it comes down to who scores the most goals, we might not always come out on top."

Palace`s defensive record will be put to the test against Spurs after Hodgson confirmed defender Martin Kelly would miss the game with a groin injury while veteran center-back Scott Dann faces a late fitness test.

"We`ve got a couple of people we need to assess in the morning: Scott Dann and (midfielder) James McArthur," Hodgson added.

"Martin Kelly is injured, of course, and has been since the game against Aston Villa. So we won`t have him or (forward) Connor Wickham, who is also injured. But otherwise, we`re okay."