Leicester began at a high tempo and took just 10 minutes to go in front as Youri Tielemans played Demarai Gray into acres of space and he finished in style. 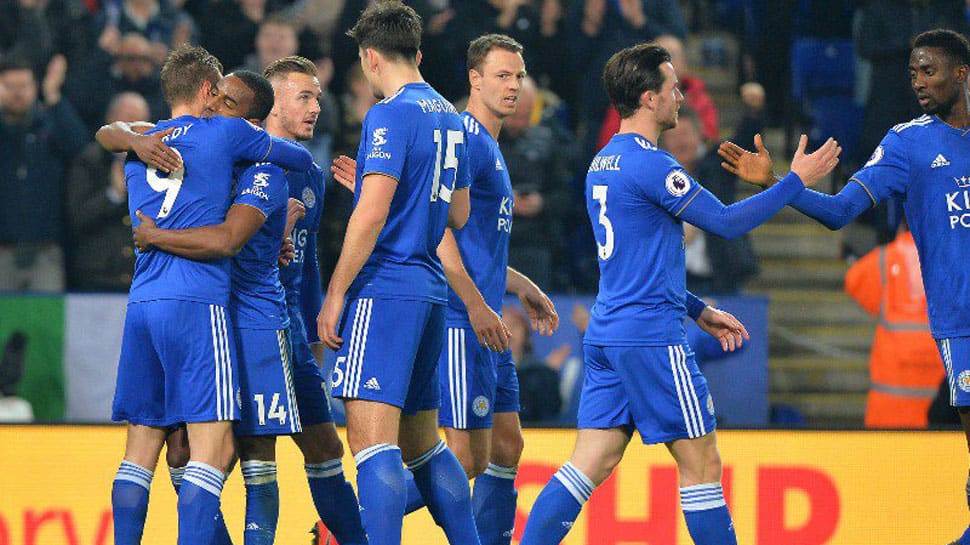 Newly-appointed Leicester manager Brendan Rodgers watched from the stands as the Foxes returned to form with a 2-1 defeat of Brighton and Hove Albion on Tuesday.

While Mike Stowell and Adam Sadler were in temporary charge, the appointment of Rodgers had an instant impact as Demarai Gray and Jamie Vardy were both on target for Leicester.

Just an hour after Rodgers was named as Claude Puel`s successor after quitting Scottish champions Celtic, there was a buzz around the King Power Stadium at kickoff as Leicester sought to emerge from a run of five defeats and a draw.

Leicester began at a high tempo and took just 10 minutes to go in front as Youri Tielemans played Demarai Gray into acres of space and he finished in style.

Gray was denied a second by Brighton keeper Mathew Ryan as the hosts showed plenty of attacking verve.

Brighton, who have slipped dangerously close to the bottom three, were just happy to still be in contention at halftime, but came out strong after the break and should have been level within minutes of the restart.

Glenn Murray had the goal at his mercy but lashed a shot over the bar and that miss was punished just past the hour when James Maddison found Vardy and the England striker smashed a low shot past Ryan to double Leicester`s lead.

Brighton responded quickly though and reduced the deficit three minutes later as Davy Propper rifled a shot past Kasper Schmeichel after wrong-footing Tielemans.

It was not enough though as Chris Hughton`s side`s run of games without a league win stretched to seven, leaving them only three points above 18th-placed Southampton who play on Wednesday.

Leicester are 11th and Rodgers, who was introduced to the crowd from his place in the directors box before kickoff, will be optimistic of a strong end to the season.

Forward Harvey Barnes said the news of Rodgers` arrival had lifted the mood.

"I think everyone wants to impress the new boss but we just wanted to get that first result today and hopefully go on a run," he said. "(Rodgers) was pleased with the result and performance.

He`ll spend the next couple days introducing us to his style of play and how he wants us to perform."Our squad is very young so with the manager we have now that`s only going to develop and progress, so for us we just have to keep impressing so we can stay in the side."