Watford`s defending was noticeably lacking in intensity and they ended the league season two points further back in 11th position. 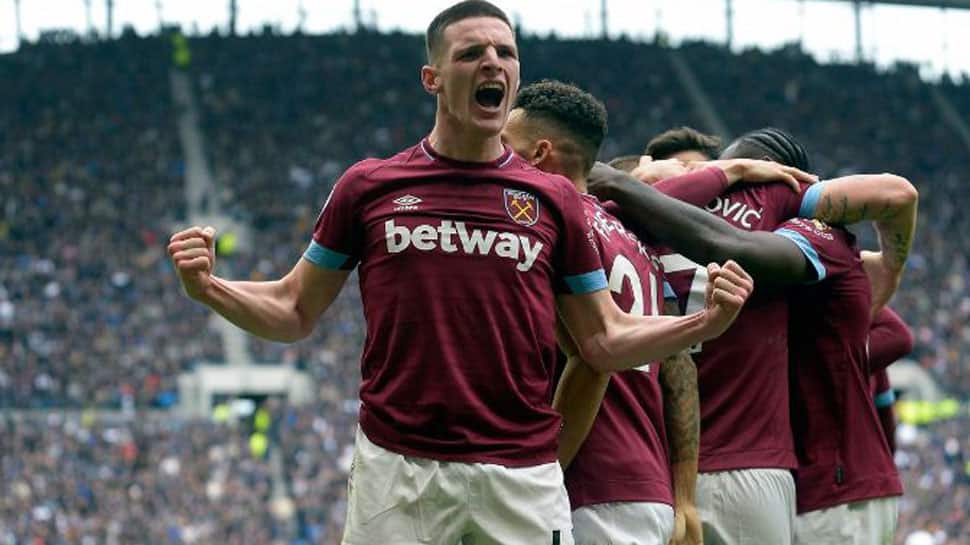 West Ham captain Mark Noble netted a goal in each half as West Ham beat Watford 4-1 on the final day of the Premier League season, leap-frogging their opponents to claim 10th spot in the table with 52 points.

With next week`s FA Cup Final against Manchester City still to come, Watford`s defending was noticeably lacking in intensity and they ended the league season two points further back in 11th position.

Noble put the visitors ahead in the 15th minute and Manuel Lanzini made it two shortly before halftime, heading into an empty net with the defence caught flat-footed after Michail Antonio thumped a shot off the crossbar.

The second half had barely gotten underway when Gerard Deulofeu pulled one back for the home side, snapping up an under-hit back pass by Pablo Zabaleta and poking the ball past the onrushing Lukasz Fabianski before firing it into the net.

Any hope of a Watford comeback was snuffed out when Greek full-back Jose Holebas was shown a straight red card for his last-ditch tackle on Antonio, which will see him suspended for the cup final next week.

Watford seemed incapable of learning from their mistakes, and West Ham`s third came from another rebound, Marko Arnautovic firing his 10th of the season before Noble rifled home a penalty to complete the rout 12 minutes from time.