It was Aguero`s 10th hat-trick in the Premier League, a record bettered only by Alan Shearer who scored 11. 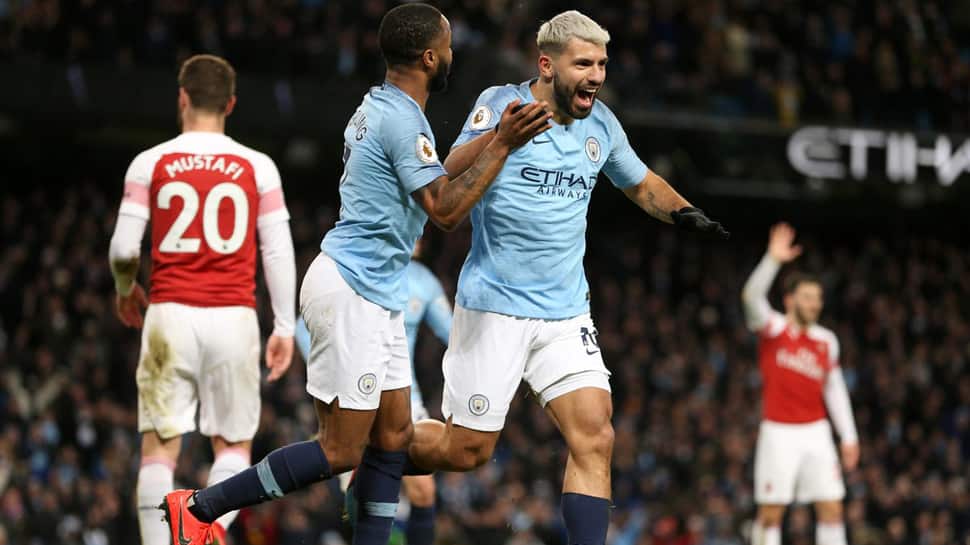 Sergio Aguero`s hat-trick led Manchester City to a 3-1 win over Arsenal on Sunday and back into second place in the Premier League, two points behind leaders Liverpool.

The victory put the pressure on Liverpool ahead off their trip to West Ham United on Monday. Jurgen Klopp`s side have 61 points with champions City on 59 and Tottenham Hotspur on 57.

Aguero gave City the lead after 48 seconds with a stooping header after Aymeric Laporte had robbed Alex Iwobi and whipped in a cross.

City were dominant but the Gunners got back on level terms in the 11th minute when Nacho Monreal flicked on a Lucas Torreira corner and defender Laurent Koscielny headed in from two yards out.

Aguero struck again just before the break, tapping in a low cross from Raheem Sterling, who had combined well with Ilkay Gundogan in the build-up.

City`s record scorer wrapped up the win with Sterling again the provider but as Aguero slid in to meet his low cross, the ball appeared to go in off his arm.

It was Aguero`s 10th hat-trick in the Premier League, a record bettered only by Alan Shearer who scored 11. The Argentine striker has netted 20 goals in all competitions this season -- the sixth straight campaign he has reached that tally.