I think Neymar knows he made a mistake leaving Barcelona: Lionel Messi 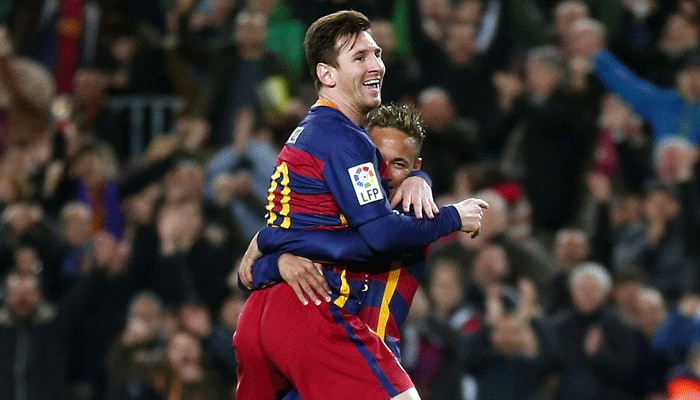 In an interview on the radio station RAC1 on Tuesday night, Messi also said that Neymar probably thinks he made a mistake in leaving the club in 2017 to join Paris Saint Germain, reports Xinhua news agency.

"It's not true that I didn't want Griezmann to come. It has never been a problem from my point of view," said Messi, who said the French forward was "one of the best" players in the world.

He then discussed Neymar, whose possible return to Barcelona was one of the long-running sagas of the summer.

"He is one of the best as well, he's different; he does things nobody expects. Having him in our team would give us more options," said Messi, who admitted that the way Neymar left Barca by paying the release clause on his contract had upset a lot of fans who "didn't want him to come back and that's understandable."

However, Messi said he keeps in contact with his former teammate and implied the Brazilian knew he had made a mistake in leaving Barca.

"You'd have to ask him but I think that's the case. Knowing him as I do and seeing what he's going through I'd say that was the case," he commented.

Finally, the Argentine denied trying to influence the club to try and bring Neymar back to the Camp Nou.

"Although many people seem to think I'm in charge of signing players and sacking coaches, I wasn't involved. I spoke to Ney and got the impression he wanted to come back but I only spoke to him and nobody else," he explained.