Germany coach Joachim Loew has said he regrets telling Mario Goetze to 'show the world you're better than (Lionel) Messi' during the Brazil 2014 final as the midfielder has since struggled to live up to his billing as a World Cup winner. 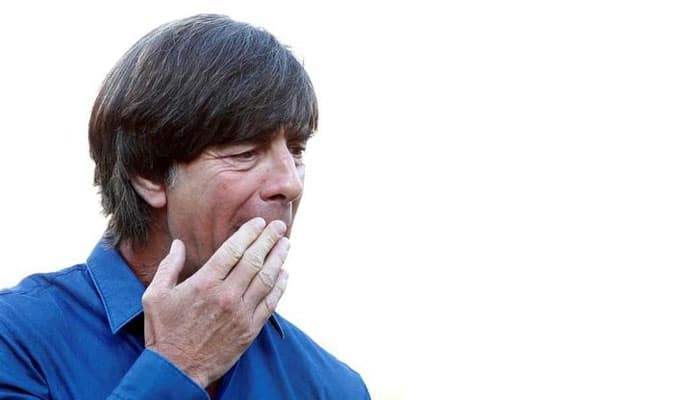 Berlin: Germany coach Joachim Loew has said he regrets telling Mario Goetze to 'show the world you're better than (Lionel) Messi' during the Brazil 2014 final as the midfielder has since struggled to live up to his billing as a World Cup winner.

Goetze, 25, has been left out of the squad for 2018 World Cup, which kicks off on June 14 in Russia, after an erratic season with Borussia Dortmund.

Loew says he feels partly responsible for the pressure the struggling Goetze has been under to prove he is still the player who won the World Cup for Germany nearly four years ago.

"That sentence was a spontaneous idea," said Loew at an event in Berlin on Friday.

"Whether this was good in hindsight, I do not know.

"In that moment, you don't think about things that could happen afterwards.

"I made the mistake of making the sentence public afterwards."

Loew uttered the immortal words to Goetze shortly before the midfielder ran on in the 88th minute of the final against Argentina at Rio de Janeiro's Maracana with the score goalless.

Goetze, who was only 22 during the Brazil 2014 finals, wrote himself into World Cup folklore when his chest-and-volley goal in the 113th minute of the final won Germany the title. Superstar

Lionel Messi had to settle for a runners-up medal with his Argentina team after losing 1-0 as Germany lifted the trophy.

However, since then Goetze has struggled for form following injury and illness in his two seasons back at Borussia Dortmund after an unhappy three-year stint with Bayern Munich.

Loew says the 2017/18 campaign has 'not been his (Goetze's) season' and admits it was a hard choice leaving the Dortmund play-maker out of Germany's extended 27-man World Cup squad, which was named last Tuesday.

The head coach feels his 'show you're better than Messi' comment "didn't helped Mario over the following few months" after the World Cup as "he was always measured" by his stunning impact off the bench in the final.

"If a player scores the decisive goal in the final at such a young age, it can be a burden later," added Loew.

"This season was not what we have all wished for from Mario Goetze." Having scored 17 goals in 63 appearances for Germany, Goetze has vowed to win back his place and wished the champions all the best for the World Cup.

"Of course I am sad that I won't be participating at the World Cup, but I will do everything I can to get back into the squad," Goetze wrote on Twitter on Saturday.

Germany open their defence against Mexico in Moscow on June 17 having also drawn Sweden and South Korea in Group F.

"I hope the guys, the coaches and the back-room staff have a good time in Russia and I'll keep my fingers crossed for all of them that they become world champions."