Goals from Sergio Aguero and Leroy Sane, in either side of a Robert Firmino equaliser, ended Liverpool`s unbeaten Premier League season and moved City to within touching distance of top spot. 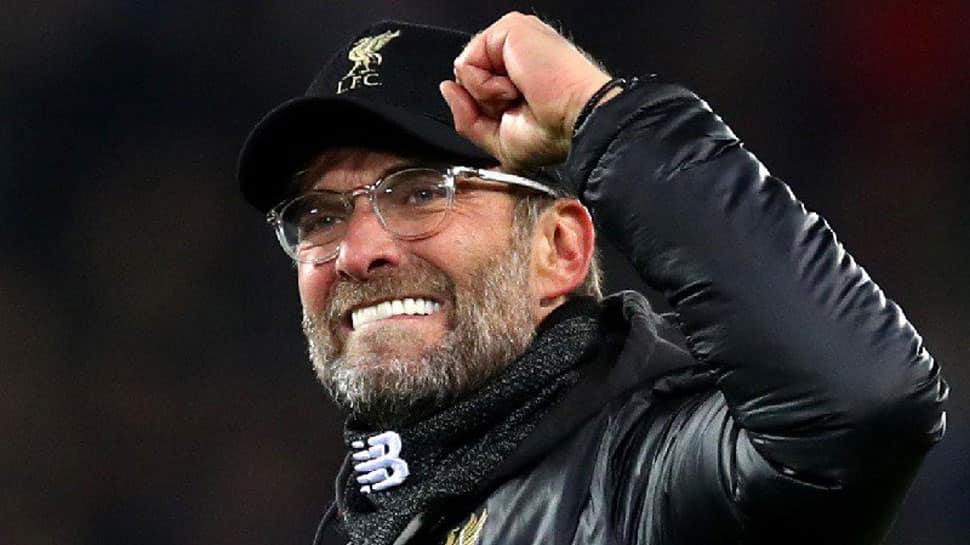 The four-point lead which Liverpool have at the top of the Premier League even after a 1-2 defeat to rivals Manchester City on frid is still impressive given their lack of title-winning experience, according to manager Jurgen Klopp.

The match in Manchester was billed by many as an early title decider, where a Liverpool victory would have given them a 10-point lead at the top with 17 games to go, having played City home and away.

However, goals from Sergio Aguero and Leroy Sane, either side of a Robert Firmino equaliser, ended Liverpool`s unbeaten Premier League season and moved City to within touching distance of top spot.

"I have so much faith in players you cannot imagine," Klopp said. "If somebody would have said after both games against Man City that we would have had a four point lead I would have paid good money for this, as I thought it was not possible.

"If we would have won the title five times in the last 10 years, then things would be different. We don`t have the experience like this. We are still in a very good position so I have happy for this.

"I knew that City could beat us, that is not new. They beat us 5-0 last year. It did not have anything to do with mental strength on one side or the other. It was just unlucky," he added.

Klopp was also unhappy with one decision that did not go his side`s way, when City captain Vincent Kompany received only a yellow card for a lunge at Mohamed Salah, a decision Klopp was not in agreement with.

"I loved him (Kompany) already when he was at Hamburg," Klopp said. "But situations like this happen. A player goes to ground, and he took the risk. If Mo (Salah) is on his feet, not jumping, then we all know what happen. Mo can go through. I don`t blame anybody.

"We were here last season there was a red card (against Mane), and nobody thought about it. Yes it was red card, but did he want it? He did not even see him? Kompany saw him, hit him, and you can make your own opinion," the Liverpool manager signed off.