Dybala sustained the thigh injury during the first-half of Juventus' 2-0 victory over Sampdoria which also saw the club clinch ninth consecutive Serie A title on Sunday night. 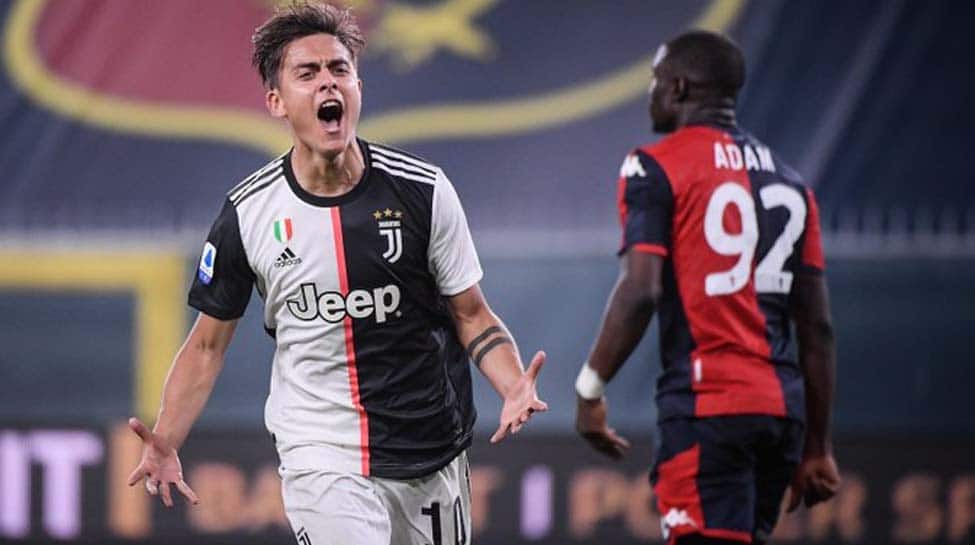 In a major blow to Juventus ahead of their last-16 return-leg game in the Champions League, star striker Paulo Dybala has suffered a thigh muscle strain.

The 26-year-old sustained the thigh injury during the first-half of Juventus' 2-0 victory over Sampdoria which also saw the club clinch ninth consecutive Serie A title on Sunday night.

Juventus issued an official statement to confirm that Dybala recently undergone radiological test which revealed strain on the left thigh.

"Paulo Dybala was subjected to radiological tests at J|Medical this morning which revealed an elongation of the rectus femoral muscle of the left thigh. His conditions will be evaluated day by day,"the official club statement said.

"Danilo was also subjected to diagnostic tests that were negative," the statement added.

Notably, this type of injury generally takes recovery time of 10 to 14 days.

This means, Dybala will most probably miss the club's final two Serie A games against Cagliari and Roma on July 30 and August 2, respectively.

However, the remaining Serie A matches are inconsequential as Juventus have already claimed the title.

Meanwhile, Dybala is also doubtful for Juventus' clash against Lyon in the Champions League`s second leg of the round-of-16 on August 8.