The draw left Villarreal 19th in the 20-team standings on 18 points, three from safety. 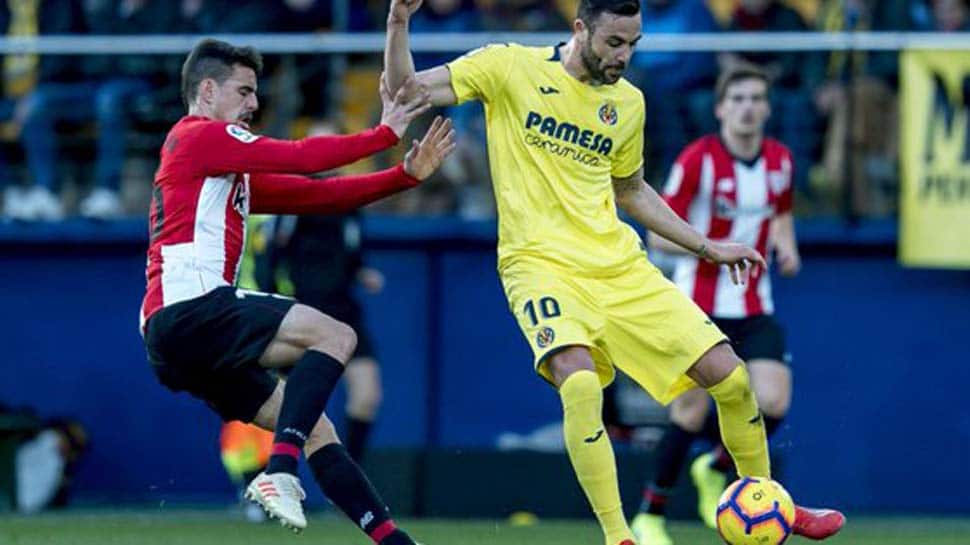 Villarreal remained in the relegation zone after drawing 1-1 at home to fellow strugglers Athletic Bilbao on Sunday but were fortunate to escape with a point after the Basque side were denied what looked to be a legitimate goal late in the game.

An own goal from Jaume Costa put Athletic ahead in the 18th minute in a meeting between two heavyweights of Spanish football who have fallen on hard times this campaign and changed managers in a bid to steer clear of the drop zone.

Cameroonian forward Karl Toko Ekambi slid in to score from close range to pull Villarreal level in the 71st minute, but confusion reigned when Inaki Williams tapped in what looked to be the winner in the 87th.

The goal was ruled out for offside and a long consultation with the video assistant referee (VAR) followed, but the strike was not awarded despite Williams and team-mate Yuri, who had passed the ball, appearing to be in onside positions.

"We do not understand why the goal was not given, they (Athletic players) all say it was a legal goal. We deserved the victory and this point tastes like very little to us, a win would have taken us further up the table but instead we are still right near the relegation zone,"said Athletic midfielder Dani Garcia.

Athletic coach Gaizka Garitano also claimed his side were hard done by, both in the offside decision and a handball in the build-up to Villarreal's leveller.

"I don't want to say anything about VAR, but there were two big decisions that went against us, a handball with their goal and our (offside) goal."

"They didn't tell us why it was ruled out, we know nothing. It's difficult to analyse a game like this when everything has gone against us. Referees make mistakes, mistakes were made today, but we can't do anything else but move on and fight for the next game,"Garitano added.

The draw left Villarreal 19th in the 20-team standings on 18 points, three from safety.

Athletic, unbeaten in six league games since Garitano took over, are 13th on 23 points, three above 18th-placed Rayo Vallecano, who drew 2-2 with Real Sociedad and occupy the final relegation place.