Bale's celebration has been interpreted in Spain as an offensive gesture known colloquially as a 'corte de mangas', akin to holding up a middle finger. 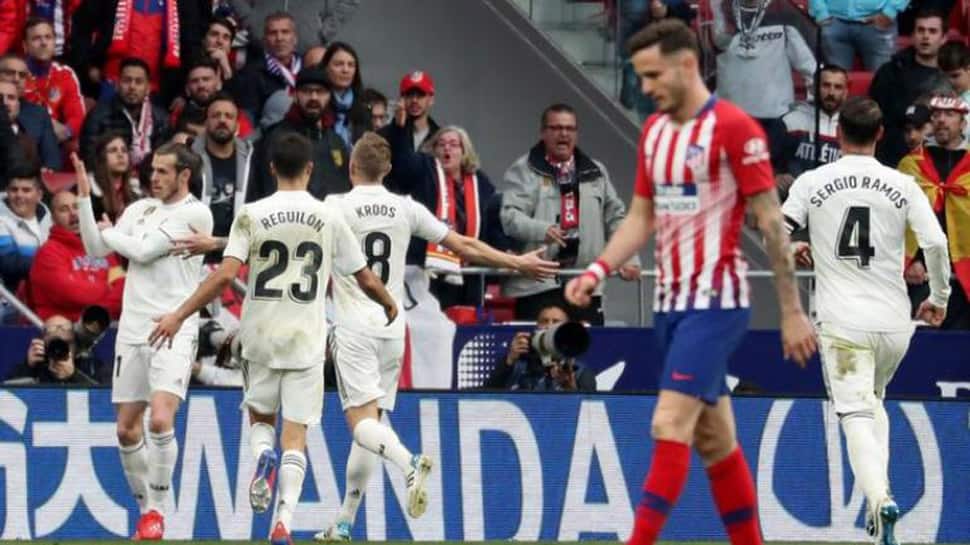 Real Madrid forward Gareth Bale could be sanctioned for his goal celebration in last week's 3-1 win in the league at local rivals Atletico Madrid, after La Liga's organising body hs said that he had provoked the home supporters.

The league said in a statement that it would refer the incident to the Spanish soccer federation's competition committee, who will then decide if the Wales forward should be punished.

The statement said Bale, who scored Real's third goal, "Lifted his right arm near his head in a clear sign of provocation towards the fans, then giving a gesture which could be seen as obscene and disdainful by folding his arm and striking it with his other hand."

Bale's celebration has been interpreted in Spain as an offensive gesture known colloquially as a 'corte de mangas', akin to holding up a middle finger.

The league added that since February 2018, any "offensive goal celebration which could cause tension among supporters or been as contrary to good sportsmanship" would be referred to the competition committee.

If the committee determines that Bale intentionally caused a hostile reaction among supporters, he will be banned for between four and 12 games, according to the federation's statuses.

If the committee finds that he did not cause a hostile reaction but still intended to provoke supporters, he will be suspended for between one and three games.