Houghton, who joined Manchester City from Arsenal in 2014, has made a total of 160 appearances for the Nick Cushing-led club. 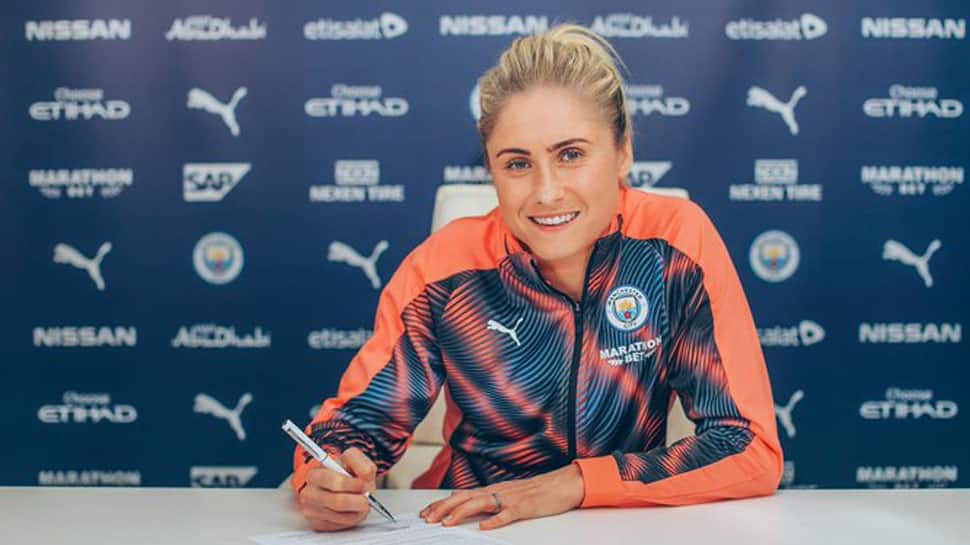 England women's football team captain Steph Houghton has signed a new two-year deal with Manchester City that will keep her with the club until the end of the 2021/22 campaign.

Delighted to sign a new contract extension with Manchester City, the 31-year-old said that she had enjoyed every minute of the last six years with the club and is now looking forward to work even harder and make some more memorable memories at this club.

“I’m really delighted. I’ve been here for six years and I’ve been made to feel at home – this is my Club and I’ve enjoyed so many amazing memories here so far, winning trophies and with the players I’ve played with and manager I’ve worked under. I’ve seen the Club from the beginning – back when we only had five professional players – and I’ve seen the Club grow to be the best Club in England and if not Europe," the Manchester City official website quoted Houghton as saying.

Known for her good leadership qualities, dedication, passion and trademark stunning free-kicks, defender Houghton has played a crucial role in the club's success in the last few years, and she hopes to continue to guide the team to further glory in the coming future.

“I came here with the intention of winning trophies, bettering myself as an individual and a player, playing for a team who plays good football and could be the best in England. I believe this Club can go as far as it wants to go.My only thought was to have my future here for the next few years and I’m really happy," she said.

Houghton, who joined Manchester City from Arsenal in 2014, has made a total of 160 appearances for the Nick Cushing-led club.

She has guided the club to a clean sweep of domestic silverware with three Continental Cups, two FA Cups and a league title. The defender had also led City to two consecutive appearances in the semi-finals of the Women’s Champions League.