Chelsea will take on Arsenal in the FA Cup final on Saturday. 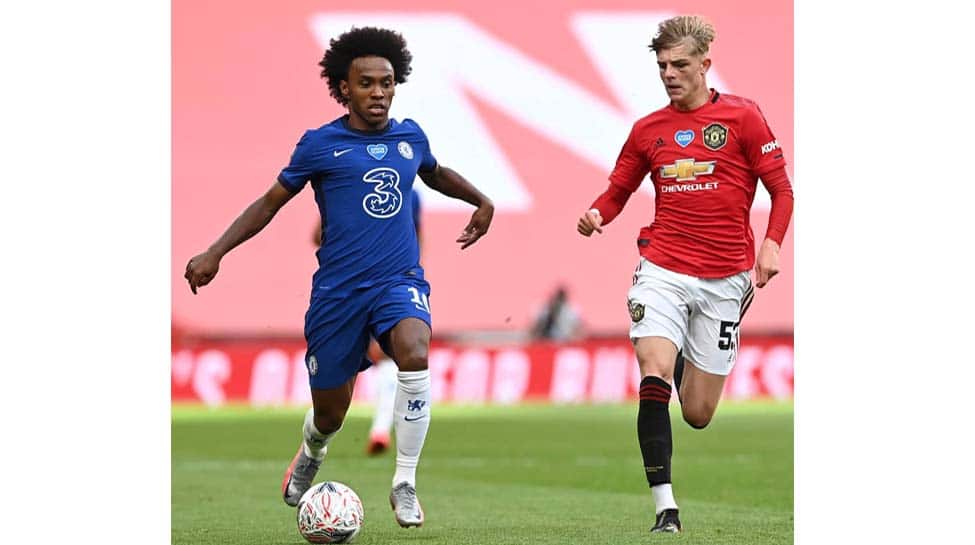 Chelsea manager Frank Lampard exuded confidence as he confirmed that N`Golo Kante and Willian will be available for the FA Cup final against Arsenal on Saturday.

Kante has not featured since the start of the month when he came off early in Chelsea`s home victory against Watford with a hamstring injury, while Willian was absent for the club`s Champions League qualification clinching win over Wolves last weekend.

"N`Golo Kante and Willian are in the squad so we`ll see if they`re fit to be in the starting 11,` the club`s official website quoted Lampard as saying.

"We must make sure that our mentality, whether we`ve qualified for the Champions League or not last week, is not affected negatively in any way from that. This is a game that means a lot to us," he added.

In the semi-final, Arsenal had defeated Manchester City to book their spot in the final whereas Chelsea had overpowered Manchester United.Lampard said he was impressed Arsenal manager Mikel Arteta`s achievement as he has made positive strides in his short spell.

"I wasn`t surprised that they won the game. Man City were probably most people`s favourites - they are in pretty much every game they play but I knew with the collective and individual talent Arsenal have that they had the capabilities to win a game like that," said the Chelsea boss.

"I think he`s done a really good job since he`s been there. From the outside, I`ve got big respect for the way he`s done his job," Lampard added.

Chelsea will take on Arsenal in the FA Cup final on Saturday.