Julen Lopetegui`s short-lived spell in charge was brought to an end in October with a humiliating capitulation to Barca and Solari was appointed the next day on an interim basis. 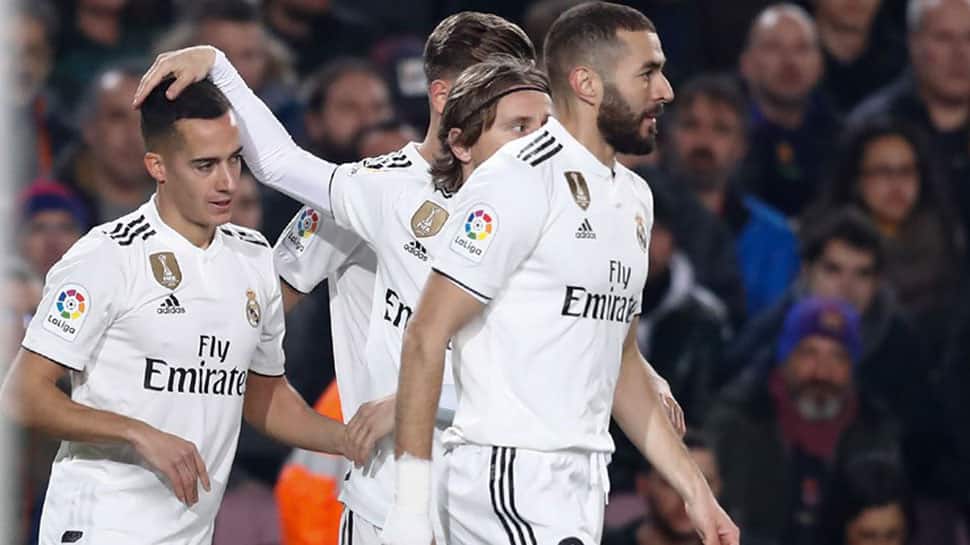 Santiago Solari marked his 100th day in charge of Real Madrid with a 1-1 draw at Barcelona in the Copa del Rey on Wednesday, 101 days after his predecessor`s reign ended with a 5-1 thrashing to the Catalans.

Julen Lopetegui`s short-lived spell in charge was brought to an end in October with a humiliating capitulation to Barca and Solari was appointed the next day on an interim basis.

He took the role full time a fortnight later and has since helped to drag the European champions out of crisis.

The Argentine coach has made some brave decisions, like dropping playmaker Isco to the bench and installing Vinicius Junior as a regular on the left flank, and it has reinvigorated a side which was sinking rapidly.

Madrid had the better of the first half against Barcelona on Wednesday, breaking the deadlock through Lucas Vazquez, before Malcom equalised after the break.

"The result is unfair, we did more in attack to win the game," said Vazquez. "Maybe we did let Barcelona off lightly in the first half."

"We made clear chances, we didn’t know how to put them away and ended up drawing."

"The draw leaves the tie open and the second leg will be very tough and well fought. What we want is to win the game at the Santiago Bernabeu, in front of our fans."

Vazquez is another of the players that Solari has relied upon and did not start against Barcelona in the 5-1 defeat.

Solari was pleased with his team’s performance and thought they might have snatched a victory.

"It’s hard to talk about justice in football,” said Solari. "We had chances to score, in the first and second half, but what will stick with me is that it was a precise game, very entertaining."

After their last Clasico was traumatic, Wednesday`s performance was a distinct improvement and shows just how far Madrid have come in a little over three months.