Sevilla beat Wolves 1-0 in Europa League Quarter-final and will meet Manchester United in the semis on Sunday. 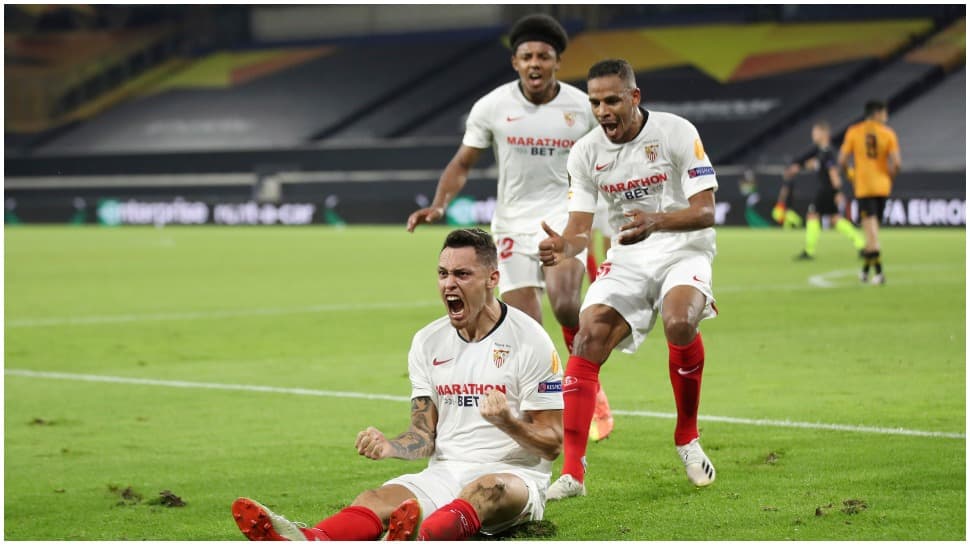 DUISBURG: Sevilla midfielder Lucas Ocampos headed a late goal to snatch a 1-0 win over Wolverhampton Wanderers as they reached the Europa League semi-finals on Tuesday after the English side paid the price for an early penalty miss.

Raul Jimenez saw his hesitant spot-kick easily saved by goalkeeper Bono in the 13th minute of the single-leg tie and Wolves failed to muster a shot on target after that as former Real Madrid and Spain coach Julen Lopetegui`s side took control.

Five-times winners Sevilla, who will face Manchester United in the last four in Cologne on Sunday, enjoyed 73% of possession and won 14 corners to none for Wolves in a one-sided game.

Wolves, playing in their first European quarter-final for 48 years, appeared to feel the effects of a marathon season which saw them play 59 matches, including 17 in the Europa League starting at home to Crusaders on July 25 last year.

Yet the Midlands team made a promising start with Adama Traore at the centre of things. Having set up an early chance which Raul Jimenez headed straight at Bono, the Spaniard powered into the area and was tripped from behind by Diego Carlos.

Jimenez, who usually waits for the keeper to move, appeared getting caught in two minds and his effort was comfortably stopped by Bono with a dive to his left. It was the Mexican`s first penalty miss for Wolves after converting his previous eight efforts.

Sevilla dominated the match after that, passing the ball around in the centre of the pitch, but it was fairly unproductive possession and they created few openings.

The second half was a similar story with Wolves apparently happy to allow Sevilla to knock the ball around in midfield.

But the Spaniards grew more dangerous towards the end and broke through with two minutes left. Their 13th corner was rolled to Ever Banega and he curled-in a cross into the area which Ocampos flicked past keeper Rui Patricio, much to the dismay of the Wolverhampton based side.

Want to be in final and win it, says manager Ole Gunnar Solskjaer as Manchester United progresses to Europa semi-finals