Pradyuman Thakur was found dead with his throat slit in the washroom of Ryan International school in Bhondsi area on Sohna Road near Gurgaon on September 8. 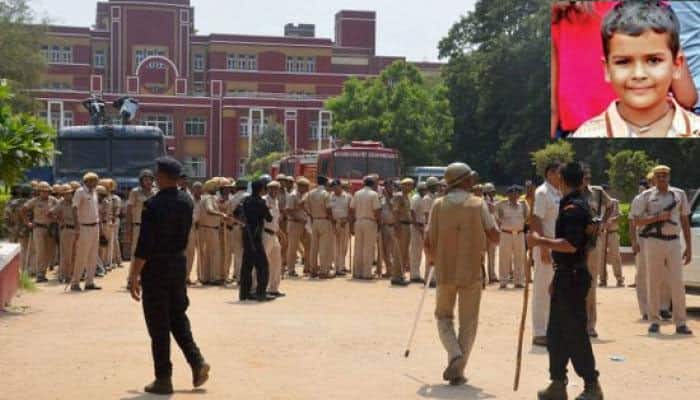 In a sudden turn of events, the CBI on November 6 apprehended a Class 11 student in connection with the killing and said that it did not find any evidence against bus conductor Ashok Kumar, who was apprehended by the Gurgaon Police.

The Class 11 suspect is also from the same school and is said to have murdered in a bid to create a situation whereby the upcoming examinations would get postponed.

The CBI's stunning revelation has derailed the Haryana Police version of the gory crime which led to the arrest of a school bus conductor, Ashok Kumar. Pradhuman's family had always insisted that the conductor was being framed.

The grief-stricken father of Pradyuman, who was done to death on September 8 inside Ryan International School near here, says prime suspect bus conductor Ashok Kumar could not have executed the crime alone and that some others were involved in it.

Seven-year-old Pradyuman was found dead with his throat slit in the washroom of Ryan International school in Bhondsi area on Sohna Road near Gurgaon on September 8.

The family of deceased Pradhuman had accused the police of botching up the investigation and said the CBI meticulously collected circumstantial evidences and facts.

The victim`s family demanded that the juvenile student be tried as an adult and be given a harsh punishment.

Pradyuman was found inside the toilet of the school with his throat slit on September 8.

Gurgaon Police Commissioner Sandeep Khairwar had declared in a press meet on September 10 that Ashok was the killer and that he had tried to sexually assault Pradyuman.