Conditions in womb may affect brain development in teens

Previous research has shown that birth weight is a predictor of the way the brain develops. 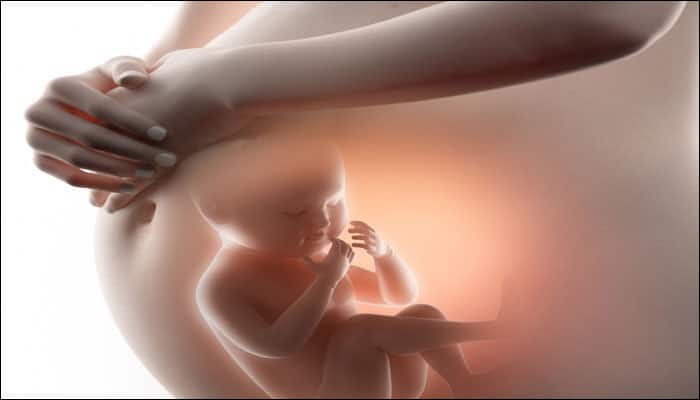 Toronto: A baby's placement in the womb and access to nutrition may impact their cortical structure and affect the brain later in life, a new study has found.

Researchers, including those at Concordia University in Canada, analysed how in utero environment can play a role in the development of brain processes.

For the study, researchers followed pairs of genetically identical twins from birth into their teenage years.

They measured the twins' weight at birth to assess whether different environmental factors had affected them while in the womb.

They found that the in-utero environment was linked to the development of the cortex, a part of the brain that has many functions including regulating emotions and is involved in various cognitive abilities.

Because twins share a prenatal environment, the foetuses have many environmental characteristics in common, like gestational age and the mother's lifestyle.

However, when they are born, they can still differ in birth weight.

"Since the twins in our study are genetically identical, this difference in birth weight must be due to specific factors acting in utero," said Linda Booij, associate professor at Concordia's Faculty of Arts and Science.

"For instance, one foetus might have a better placement in the womb or better access to nutrition," said Booij.

Previous research has shown that birth weight is a predictor of the way the brain develops.

In the present study, Booij and her colleagues found that within genetically identical twin pairs, variations in birth weight were related to differences in the structure of the cortex, an association that cannot be explained by the genetic code in this case.

The researchers followed the twin pairs through to adolescence, conducting brain imaging to study the structure of the cortex in a subgroup of 52 pairs.

They also collected DNA to study epigenetics - changes in the activity of how a gene is expressed through environmental experiences, rather than alteration of the genetic code itself.

"By the time our participants had reached teenage-hood, differences in brain volume were present in the cortex, which is where much of our regulation of emotions and cognitive processes takes place," said Booij.

This means that what happens in utero may affect a person's brain development by the time they reach their teen years, and that epigenetic processes may play a role in this relationship," she added.

The study was published in the journal Human Brain Mapping.