India clinched the title in the tournament after finishing with seven points from four matches and ahead of hosts Australia on goal difference. 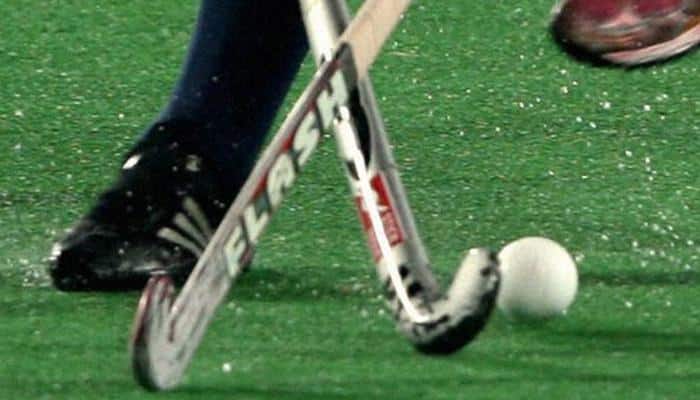 The Indian junior women's hockey team on Sunday won the three-nations tournament in Australia despite slumping to their first defeat of the competition at the hands of the hosts.

The Indian team, who were unbeaten throughout the tournament, suffered a narrow 1-2 loss against Australia in their fourth and final match of the hockey tournament.

It was Australia who made the breakthrough first in the match when striker Abigail Wilson converted a penalty corner into a goal in the 15th minute to put her side ahead.

India attempted to equalise the score in the second quarter but Australia showed some resolute defending to maintain their lead. In the 26th minute, India had a chance to level the score by converting a penalty corner. However, Australia's Hannah Astbury made a diving save to help her team retain their one-goal lead.

The hosts then had a chance to double their score via a penalty stroke but Indian goalkeeper Bichu Devi Kharibam made a good save to ensure the score read 0-1 at the half-time break.

The third quarter of the match also ended on a similar note. However, India finally managed to equalise the scoreline when India's Gagandeep Kaur stepped and smashed the ball past Australia's Astbury in the 53rd minute of the match.

Despite the defeat, it was India who went on to clinch the title in the tournament after finishing with seven points from four matches and ahead of hosts Australia on goal difference.

New Zealand finished at the third spot with only three points from their four matches.