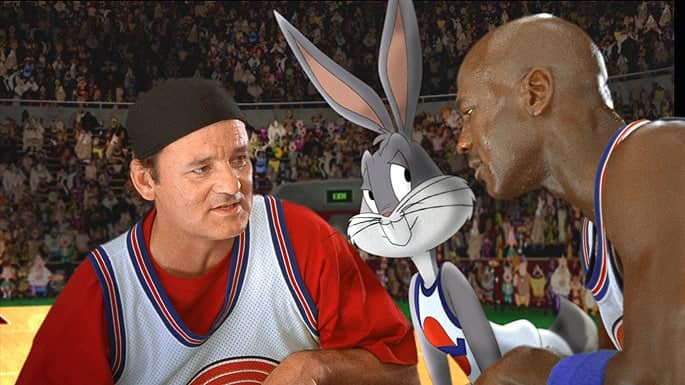 Starring NBA superstar LeBron James, it is being directed by Terence Nance, creator of the show "Random Acts of Flyness", reported variety.com.

Buzz around a "Space Jam" follow-up first emerged in 2015 when James and his company, SpringHill Entertainment, signed a deal with Warner Bros. Justin Lin was in talks to direct in 2016, but that deal did not go through..

Former NBA legend Michael Jordan teamed up with Bugs Bunny and the rest of the Looney Tunes characters in 1996`s "Space Jam", which grossed $230 million worldwide.

Its story took place during the time between Jordan`s initial retirement from the NBA in 1993 and his comeback in 1995. He was enlisted by Bugs Bunny and friends to help them win a basketball match against a group of aliens.

James signed with the Los Angeles Lakers last July after opting out of his contract with the Cleveland Cavaliers.

"Black Panther" director Ryan Coogler came on board as a producer on the "Space Jam" sequel last year and the state of California has made a $21.8 million conditional tax credit allocation for the project.