RPI chief Ramdas Athawale said that his party may field candidates on 10-12 seats dominated by Muslims, Scheduled Castes and backward classes in alliance with the BJP. 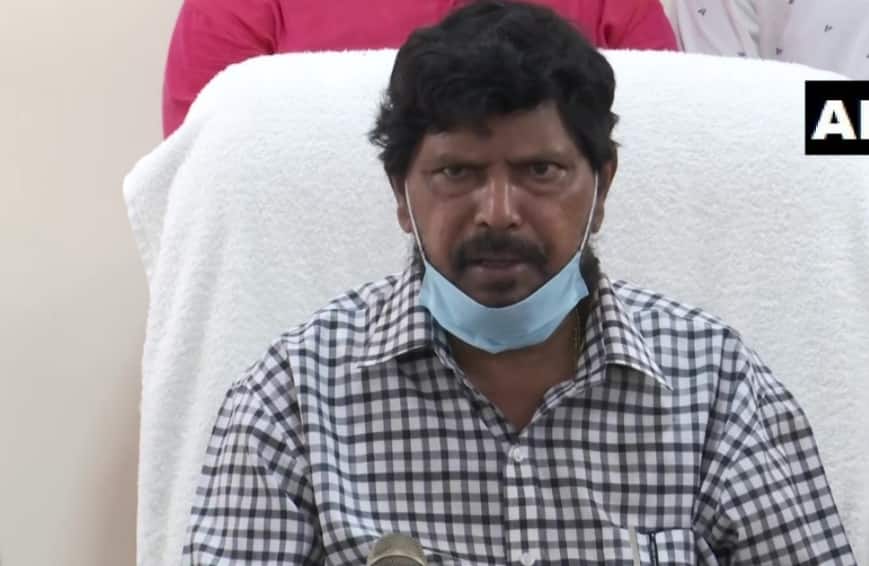 New Delhi: Republican Party of India president and Union minister Ramdas Athawale has said that BJP should fight the next Uttar Pradesh Assembly polls in alliance with RPI (Athawale) and allocate 10-12 seats to us.

Talking to reporters in Gorakhpur on Wednesday, Ramdas Athawale said, "I've told BJP chief JP Nadda and Union Home Min Amit Shah that if BJP fights polls with us, it can be a major setback to BSP."

The RPI chief said that his party may field candidates on 10-12 seats dominated by Muslims, Scheduled Castes and backward classes in alliance with the BJP.

Union Minister Ramdas Athawale further said that his party will start its poll campaign by taking out a "Bahujan Kalyan Yatra" from Saharanpur on September 26. The yatra will culminate at Lucknow's Rama Bai Ambedkar Park on December 18.

Responding to a question, Athawale said that neither the BJP nor PM Modi is against the Muslim community as they believe in "sabka saath, sabka vikas".

In response to a question on farmers' agitation over the farm laws, the RPI chief said those protesting do not come from the farming community and claimed that 80 per cent of farmers are still with Modi and the BJP.

Athawale stressed the need for inter-caste marriage and said this is an effective way to bring social harmony in today's scenario.

When questioned on the caste-based census, Athawale, whose party is a constituent of the NDA at the national level, told ANI, "We are of the opinion that caste-based census should be conducted in the country."