Delhi Police said that the HDFC bank employees were involved in issuing a fraudulent cheque book, updating the mobile phone number and removing the debt freeze of the account. 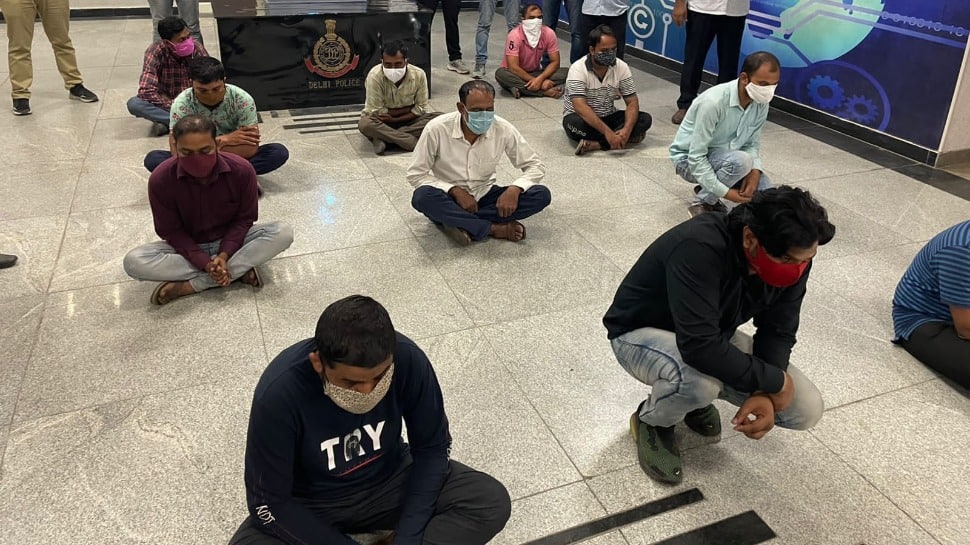 New Delhi: Delhi Police on Tuesday (October 19, 2021) said that it has arrested 12 people including three HDFC Bank employees for attempting to make unauthorized withdrawal from a very high-value NRI account. The Cyber Crime Unit of Special Cell informed that as many as 66 attempts of unauthorized online transactions were made by this group on the said high-value NRI account.

They also procured an Indian mobile phone number identical to the USA's mobile number of the account holder registered in the KYC.

According to Delhi Police, the HDFC Bank had filed a complaint with the Cyber Crime Unit of Special Cell alleging therein that there are many unauthorized internet banking attempts noticed in one NRI bank account. There were also attempts to withdraw cash from the same account, using the fraudulently obtained cheque book.

In view of this, Delhi Police said that it had constituted a team that was tasked to identify the culprits on the basis of technical footprints and human intelligence.

"On the basis of technical evidence, footprints, and human intelligence, multiple geolocations were identified. In all, raids were conducted at 20 locations across Delhi, Haryana and Uttar Pradesh. During the course of the investigation, all 12 persons have been arrested. Out of the 12 arrested accused persons, 3 are HDFC bank employees, who were involved in issuing the cheque book, updating the mobile phone number and removing the debt freeze of the account," Delhi Police said.