Six of the dead belonged to the same family while at least three people were seriously injured in the accident.

At least 13 people were killed when a tyre of a truck burst, causing it to collide with a tempo on a highway near Maharashtra's Buldhana on Monday.

It is reported that six among the dead belonged to the same family and that at least three others were seriously injured in the horrific accident. Initial investigations have revealed that the truck was travelling at high speeds when one of its tyres burst. The driver of the truck lost control of the vehicle and slammed against a Mahindra Maxi tempo which came under it completely. All 13 dead in the accident were in the tempo and were travelling between Malkapur and Anurabad. 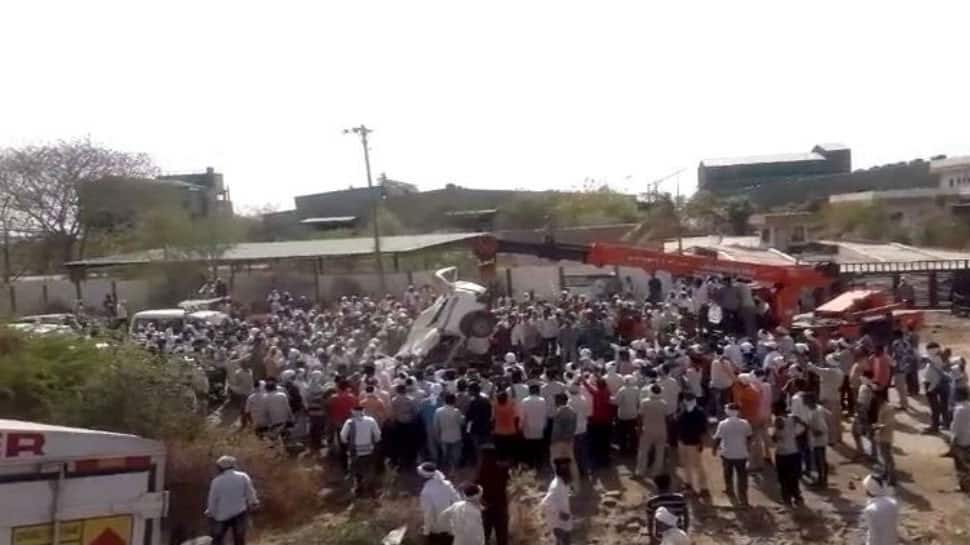 While the driver of the truck has been taken into custody, the injured were taken to a local hospital where their condition is learnt to be extremely serious.

Meanwhile, the impact of the collision was such that despite over 100 locals trying to remove the truck from over the tempo, the vehicle could not be budged. A JCB was eventually brought in to remove the truck so that the injured could be rescued and the dead bodies be taken out.