According to reports, three terrorists, including one who was involved in the killing of BSF troopers in Pandach area of Srinagar last month, were killed on Sunday. 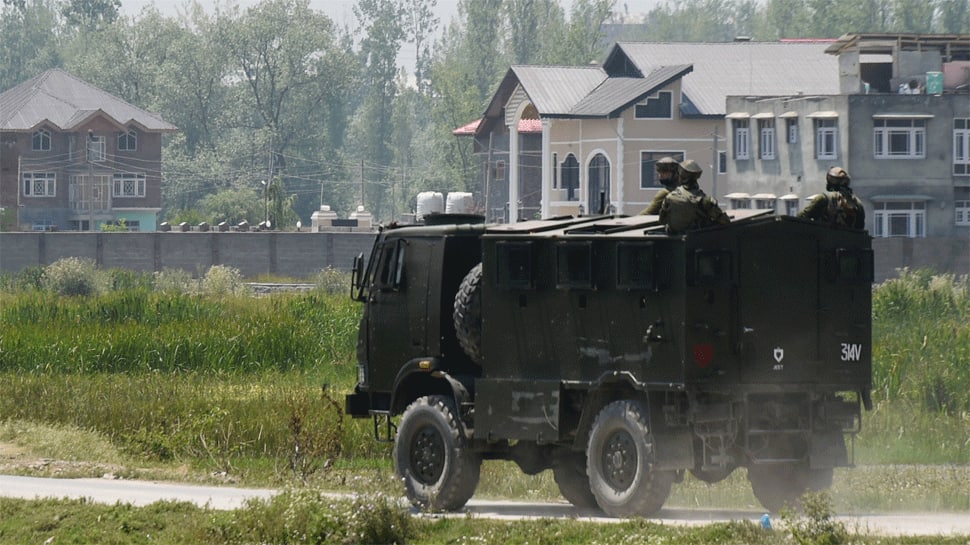 Jammu: Security At three terrorists were killed during a joint operation by Central Reserve Police Force (CRPF) and Jammu and Kashmir Police in Pozwalpora area of Zadibal area of Srinagar city in Jammu and Kashmir. This is the second encounter in Srinagar. In the last encounter, top Hizbul commander Junaid Sahrai among three terrorists were neutralised by the armed forces.

According to reports, three terrorists, including one who was involved in the killing of BSF troopers in Pandach area of Srinagar last month, were killed on Sunday. The gunfight between holed up terrorists and the security forces started in Srinagar city after several attempts to make them surrender had failed.

Security forces had surrounded the area for a cordon and search operation following information that a group of militants was hiding in Zadibal and Zoonimar Pozwalpora. As the cordon was tightened around their hideout, the terrorists fired triggering an encounter.

According to ANI, a joint operation by the Jammu and Kashmir Police, 34 Rashtriya Rifles of Indian Army and CRPF began in the Lakadpora area of Kulgam on early Sunday in which the forces killed one terrorist, believed to be affiliated to the Jaish-e-Mohammad terror group. The dead body of the terrorist was recovered by the security forces.

According to sources, at least 3-4 terrorists were hiding in orchards of the Larkipora area of Kulgam, which is on the border of Shopian-Kulgam.

The slain terrorist was active in south Kashmir for the past few years. Police sources told ANI that another terrorist managed to escape from the spot. Sources further added that two weapons were recovered from the possession of the slain terrorist. The recovered weapons were of the same make and model, which the Border Security Force (BSF) had recovered after shooting down a Pakistani drone in Kathua region on June 20. The weapons brought in by the drone from across the border were being supplied to Jaish-e-Mohmmad terrorist Ali Bhai, who is currently active in South Kashmir.

Authorities, meanwhile, suspended mobile internet services and imposed restrictions in the city to maintain law and order. Restrictions on the movement of people have also been imposed in most parts in downtown areas of the city.